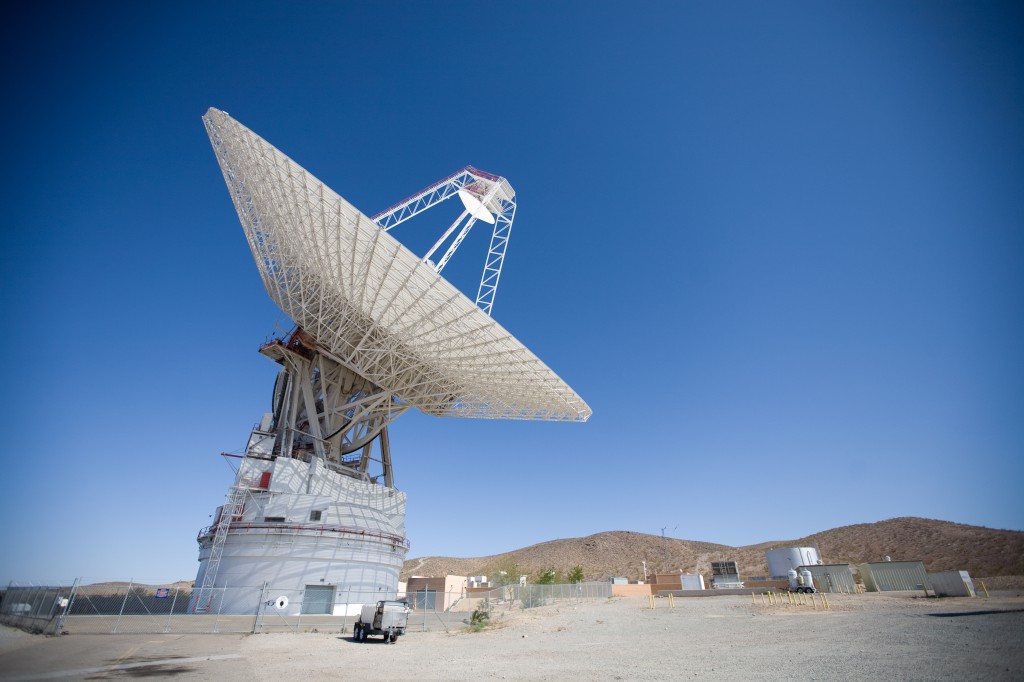 NASA's DSN is a series of three complexes located in remote places across the globe. Each complex was built far from populated areas to avoid stray radio signals that could interfere with the weak signals sent back from distant spacecraft. One such complex is at Goldstone in the Mojave Desert, another is near Madrid, Spain, and the third is near Canberra, Australia. 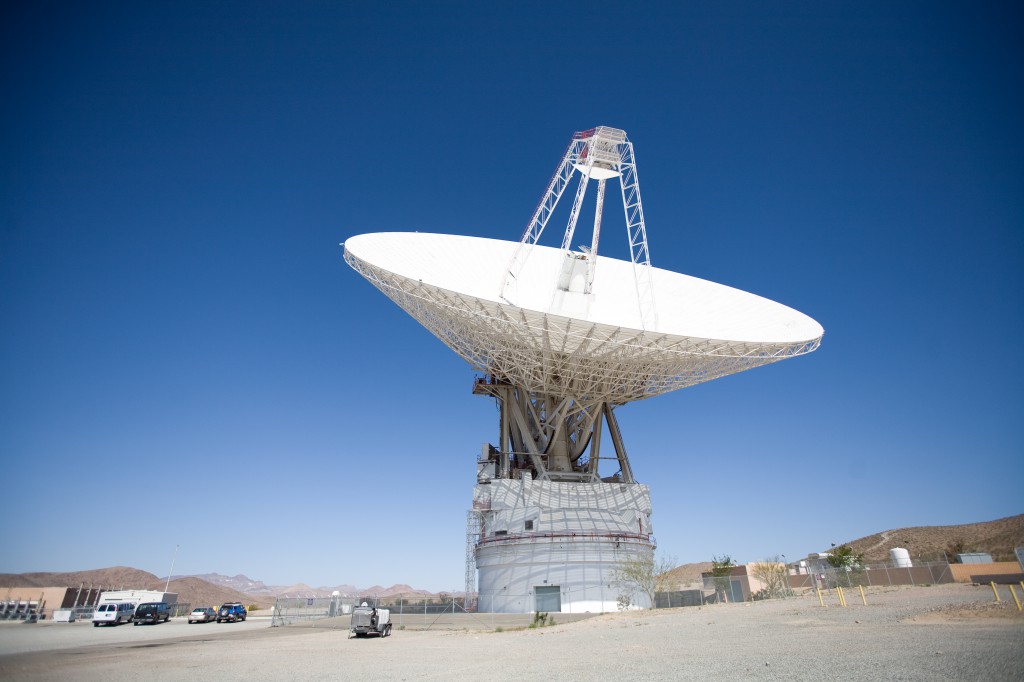 The Mars antenna is the largest antenna at the Goldstone complex. The antenna is 230 feet wide, stands 250 feet tall and weighs more than 16 million pounds. To get an idea of the scale of this antenna, take a look at the cars in the lower left of the photo. 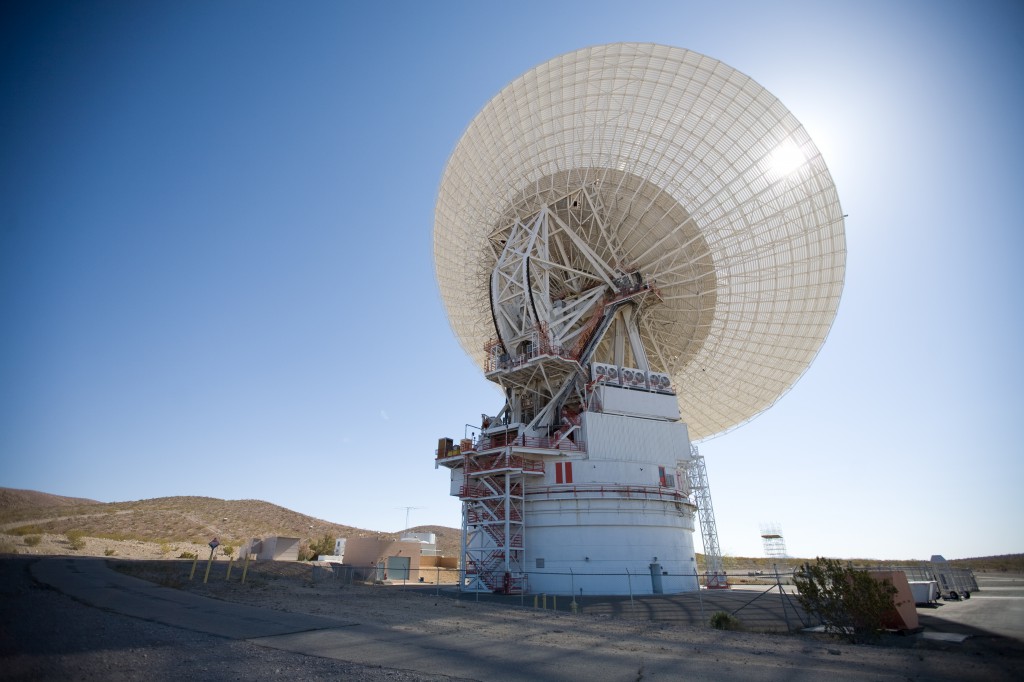 Mars Antenna at Goldstone from the rear

The Mars antenna viewed from behind details the mesh structure of the dish as well as the gears that are used to adjust the elevation angle of the antenna. The whole antenna also rotates on a sheet of pressurized oil the thickness of a piece of paper. 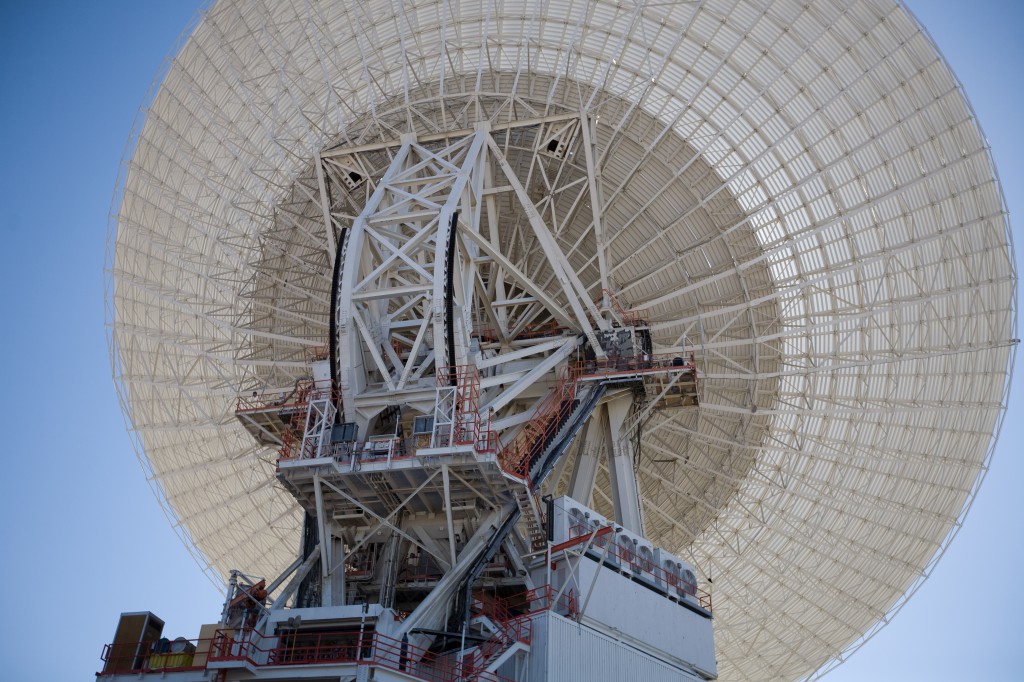 Back side of Mars Antenna at Goldstone 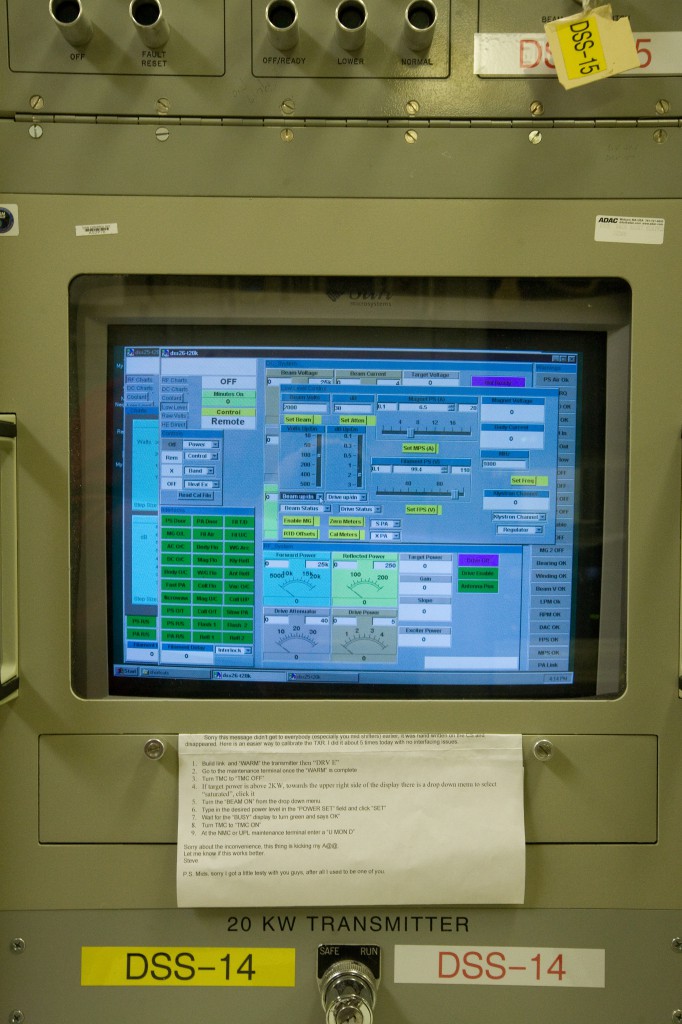 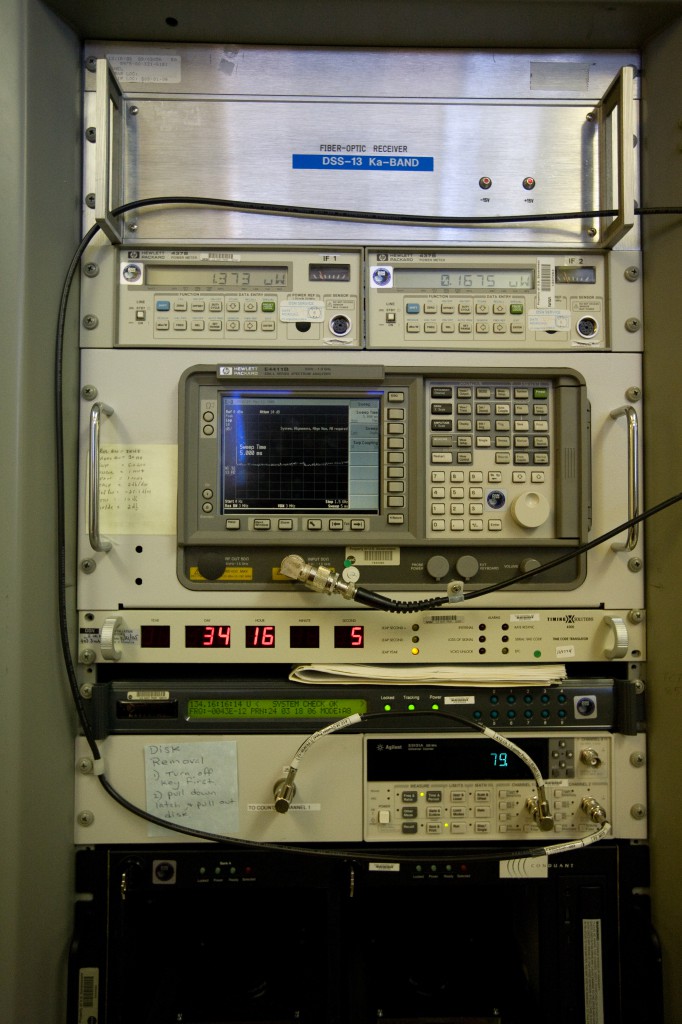 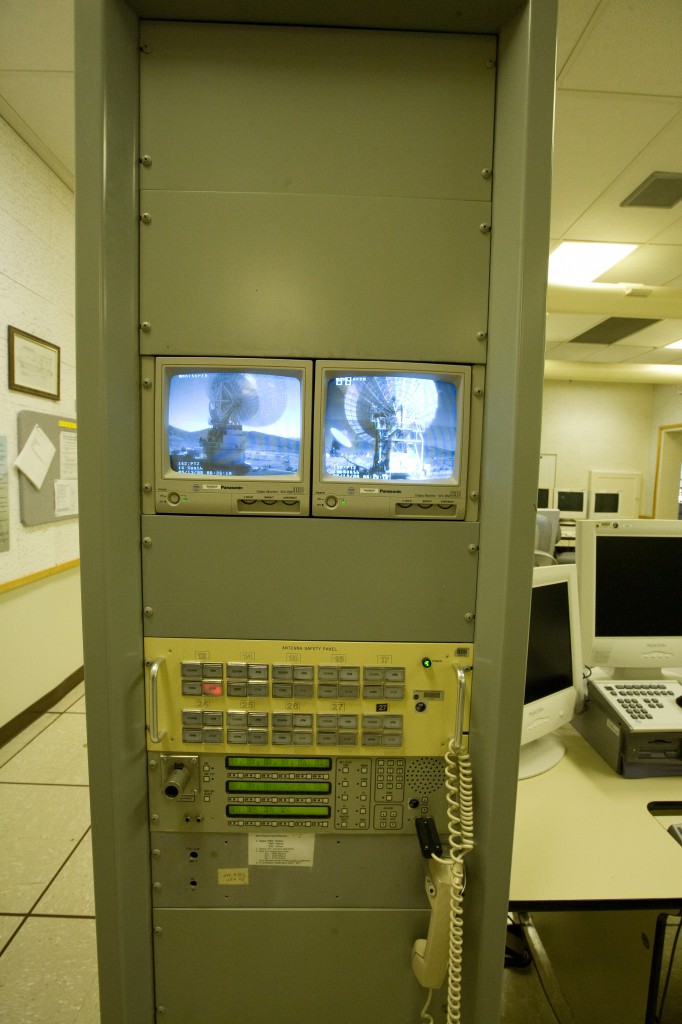 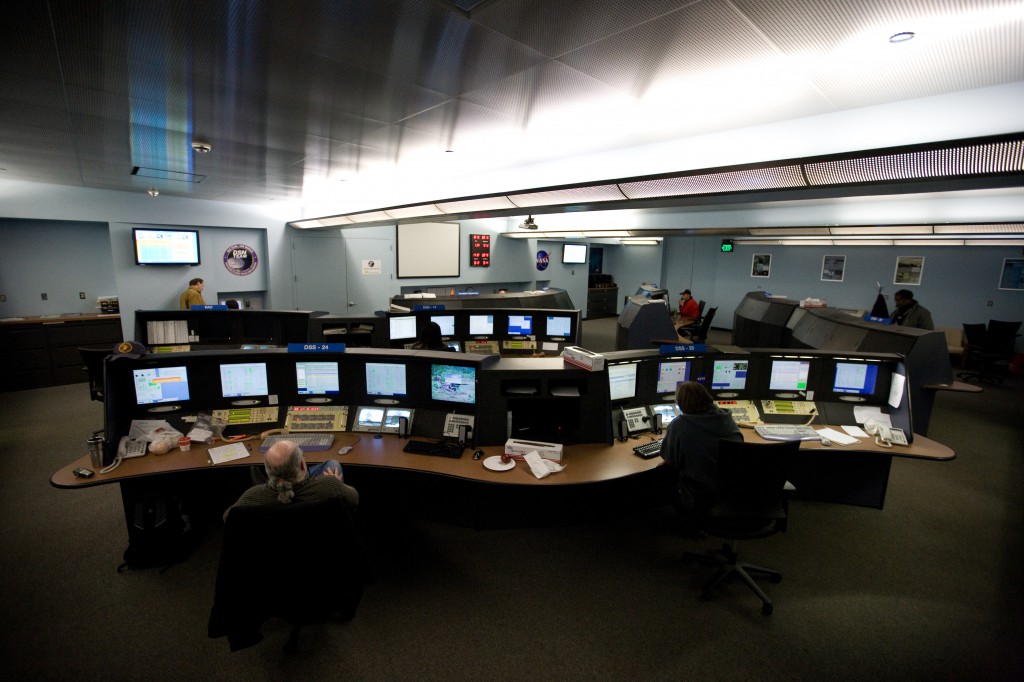 Inside the control room at the Signal Processing Center, technicians are hard at work calibrating, maintaining and operating the Goldstone antennas. At the workstations, multiple screens show a variety of data, including real-time views of the antennas, incoming signals and logs from the antenna control systems. 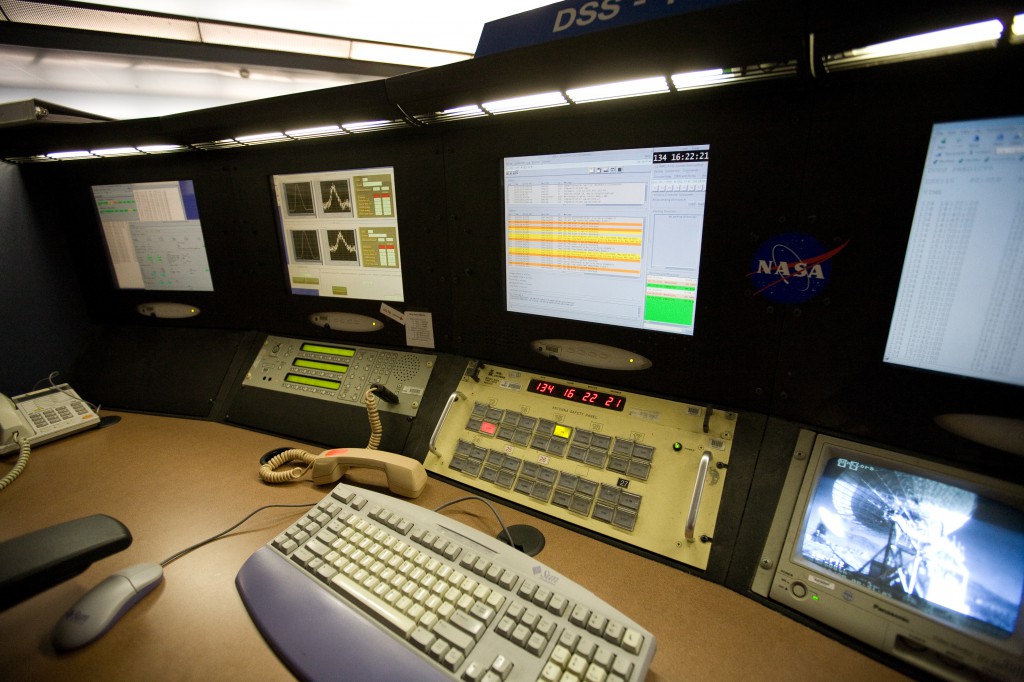 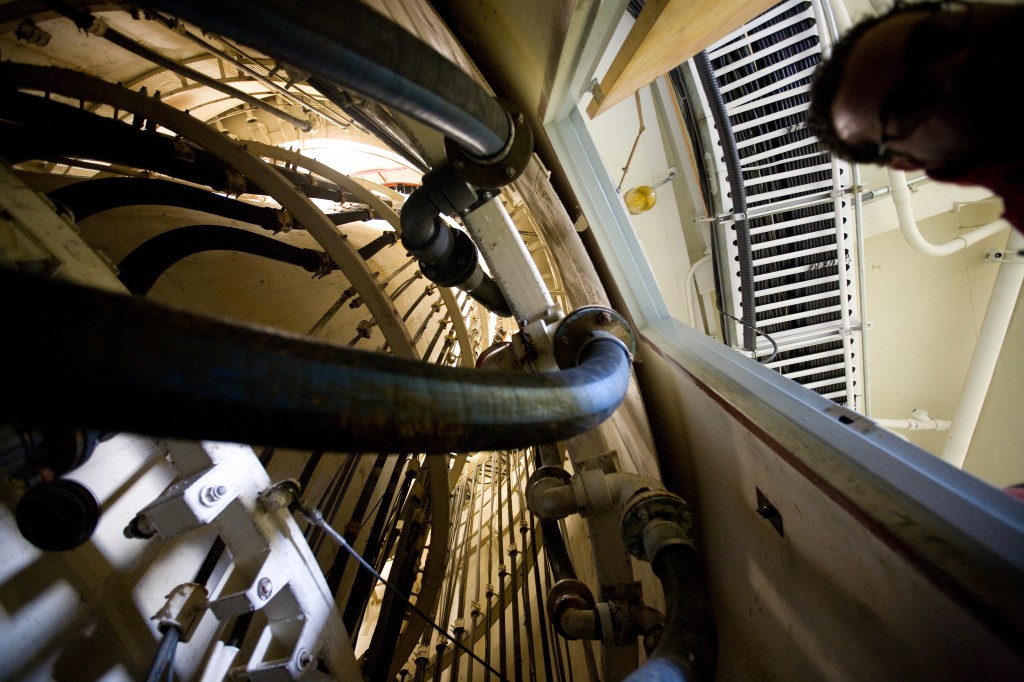 Looking up inside the Mars Antenna 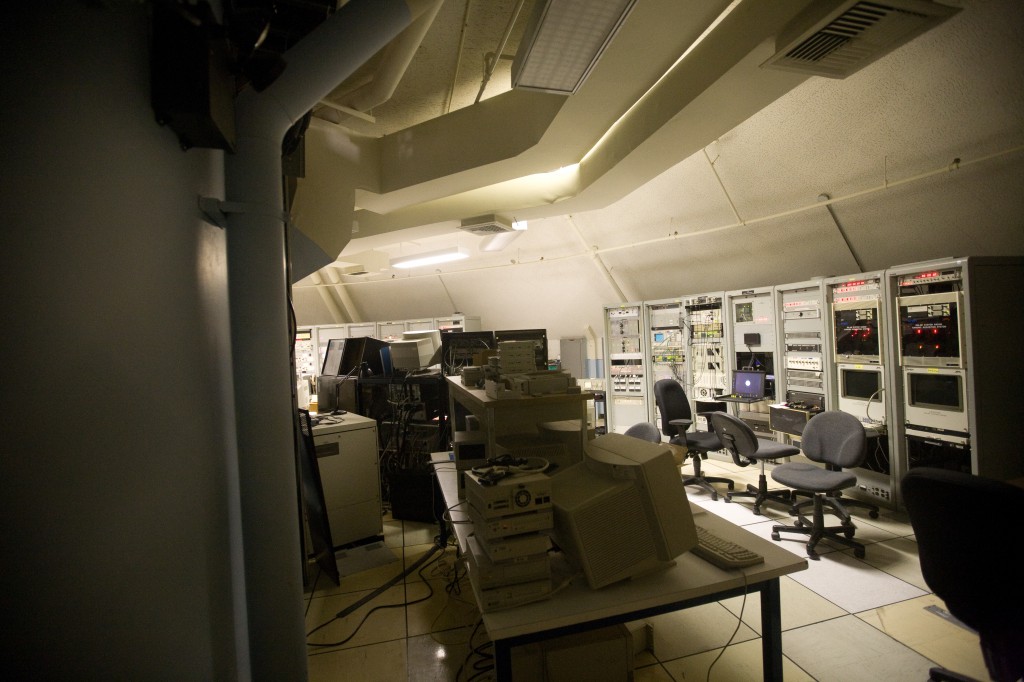 Computers Inside the Mars Antenna 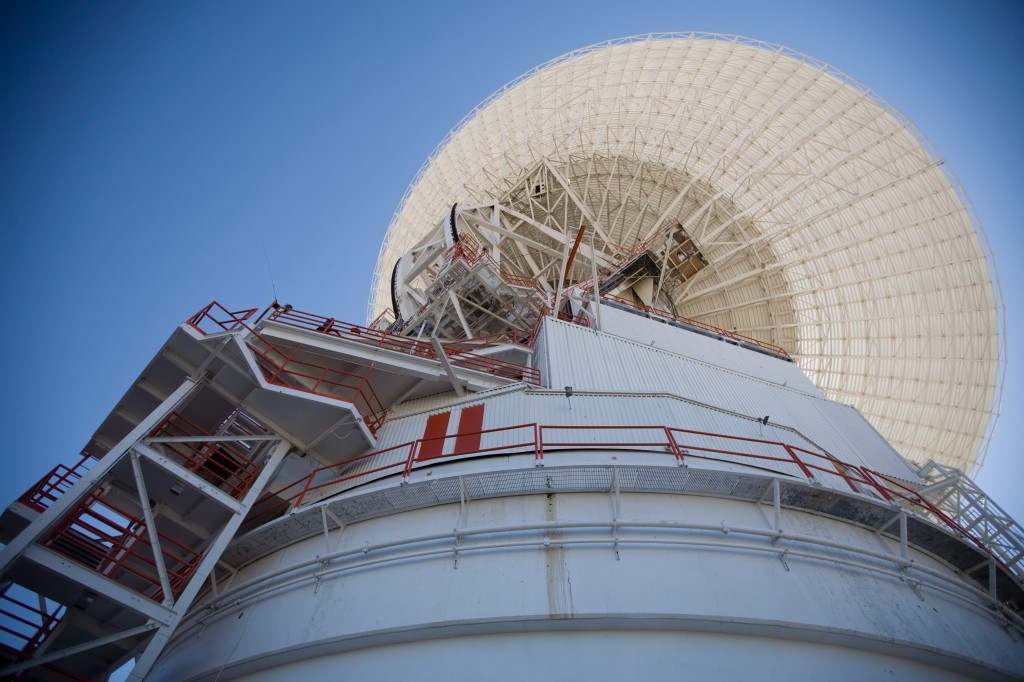 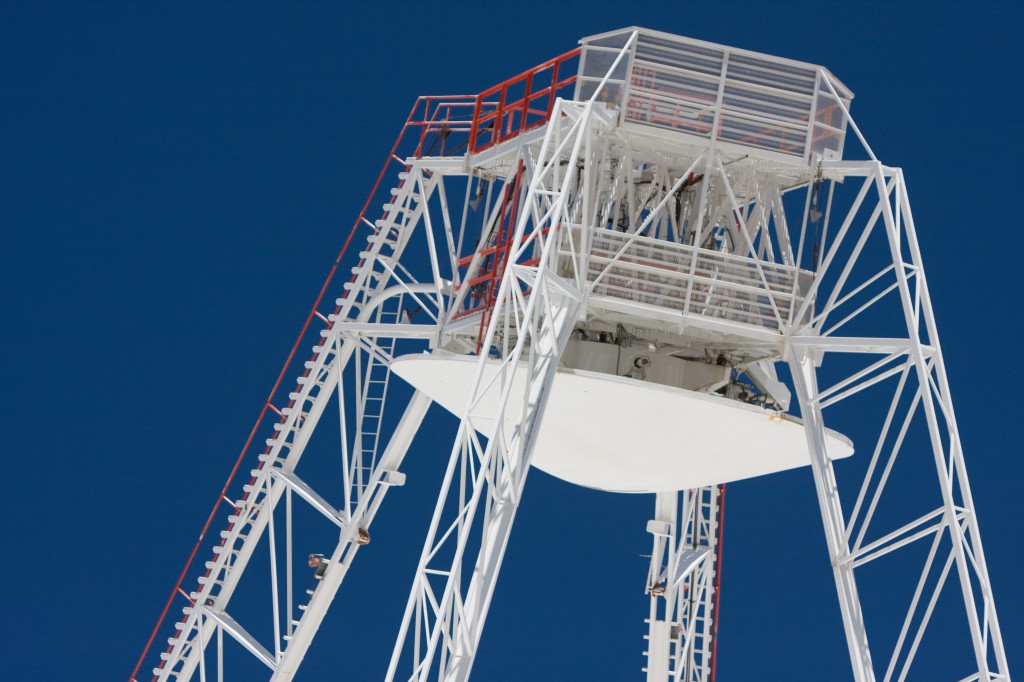 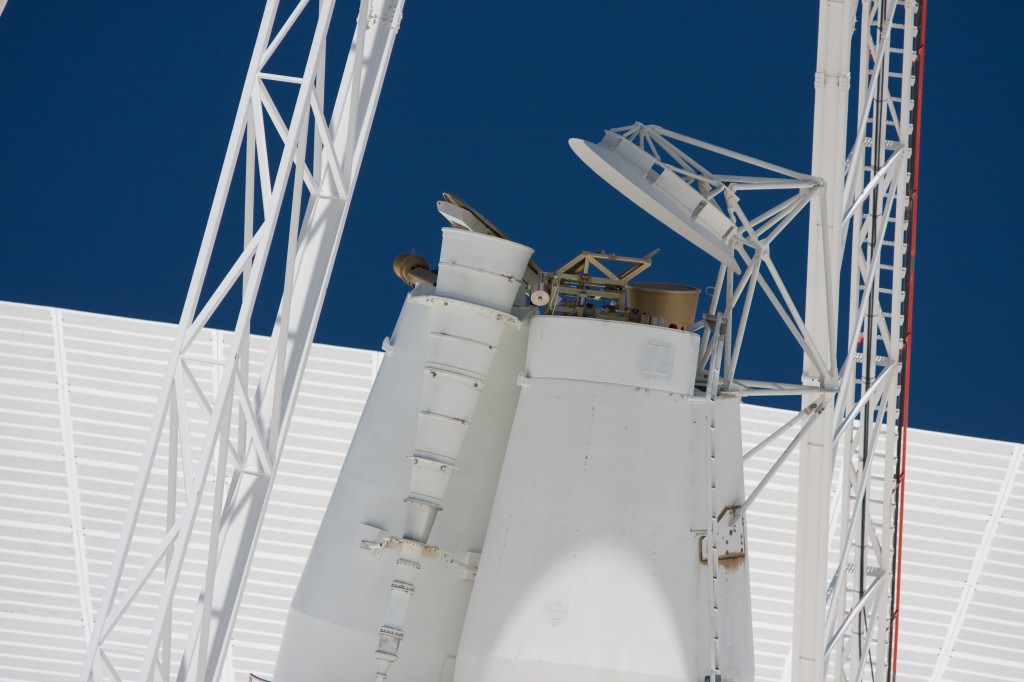 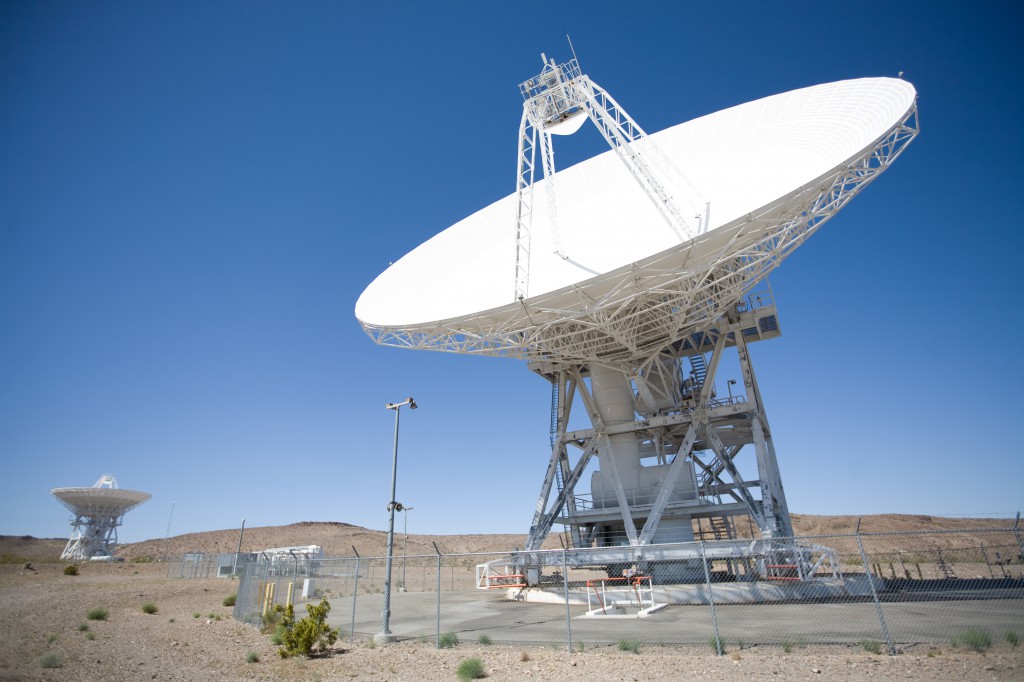 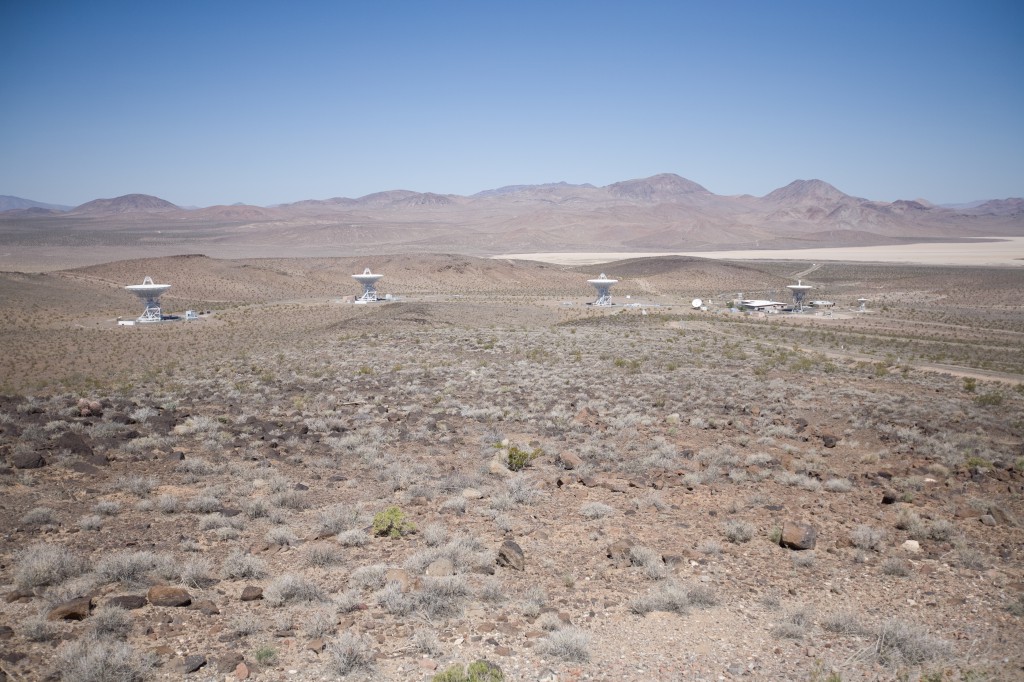 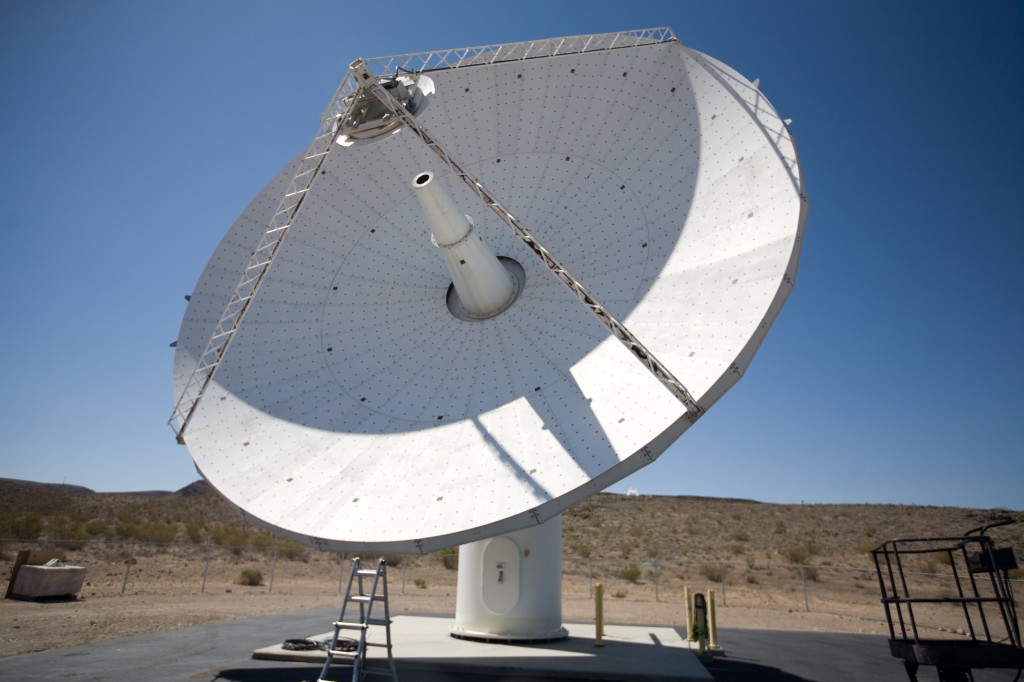 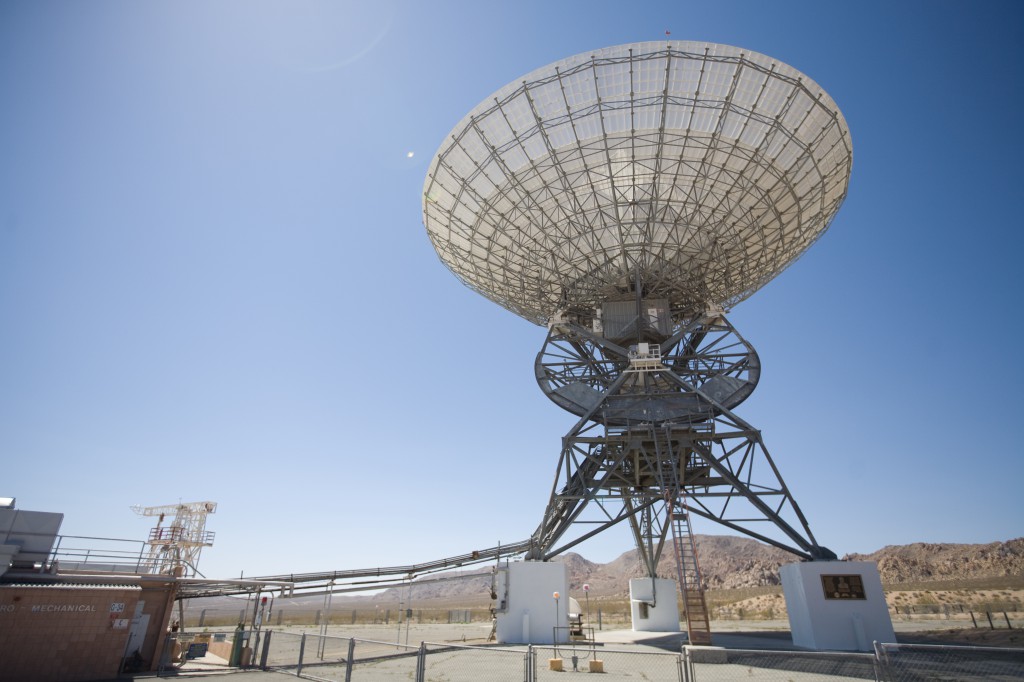 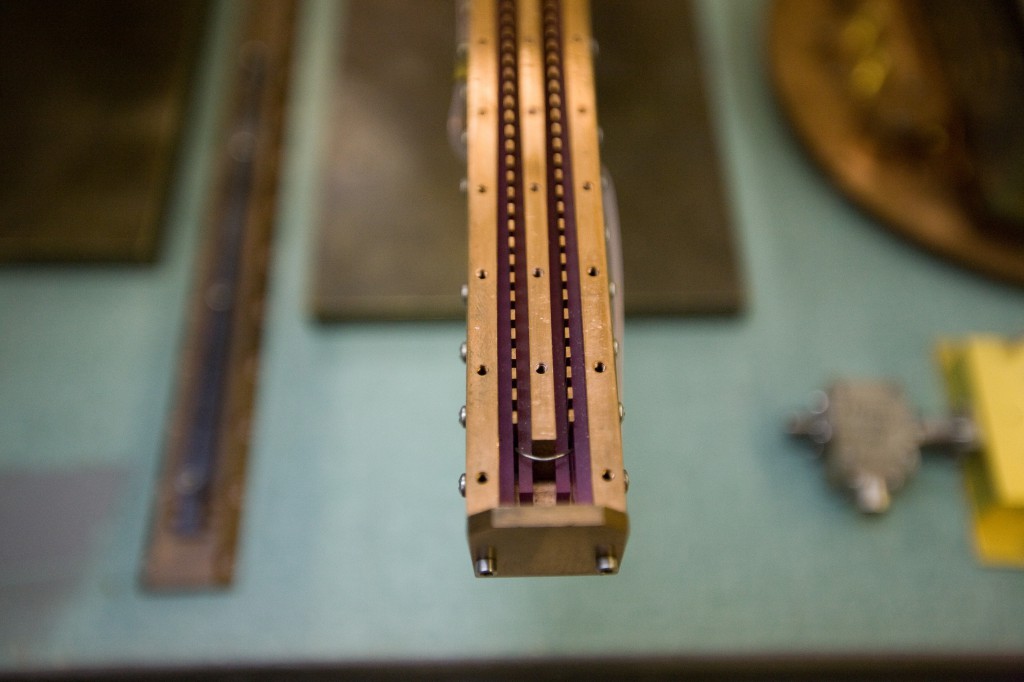 Once the signal is captured by the antenna it is fed into a maser like this one. A maser, or microwave laser, is used in radio telescopes as an extremely low-noise amplifier. Read More http://www.wired.com/science/space/multimedia/2008/05/gallery_jpl_goldstone?slide=6&slideView=4#ixzz13QcUuAXG 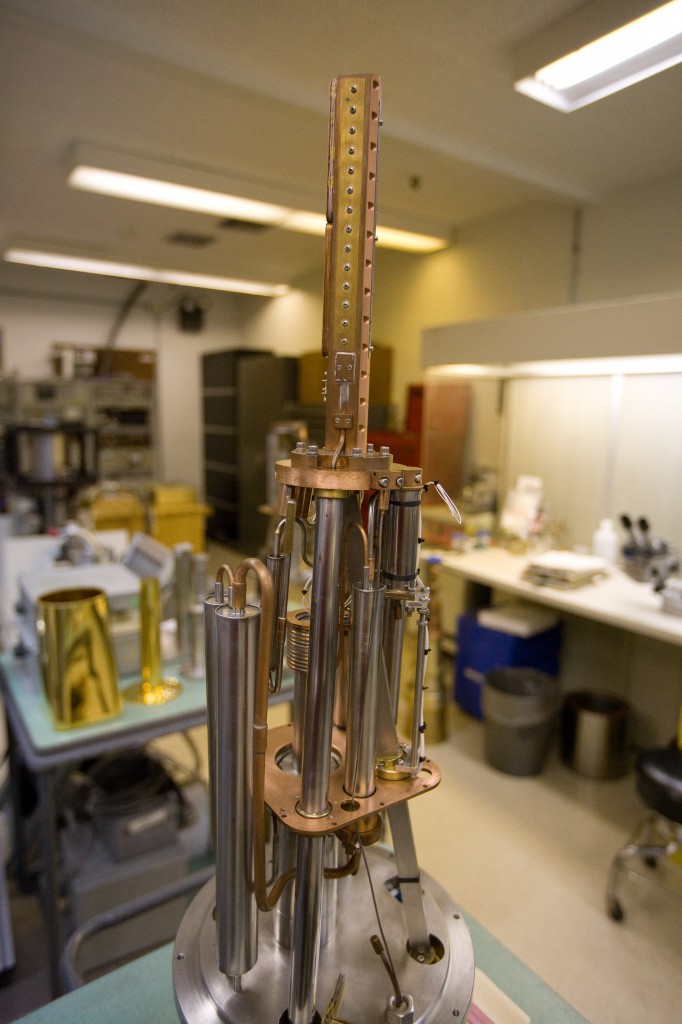 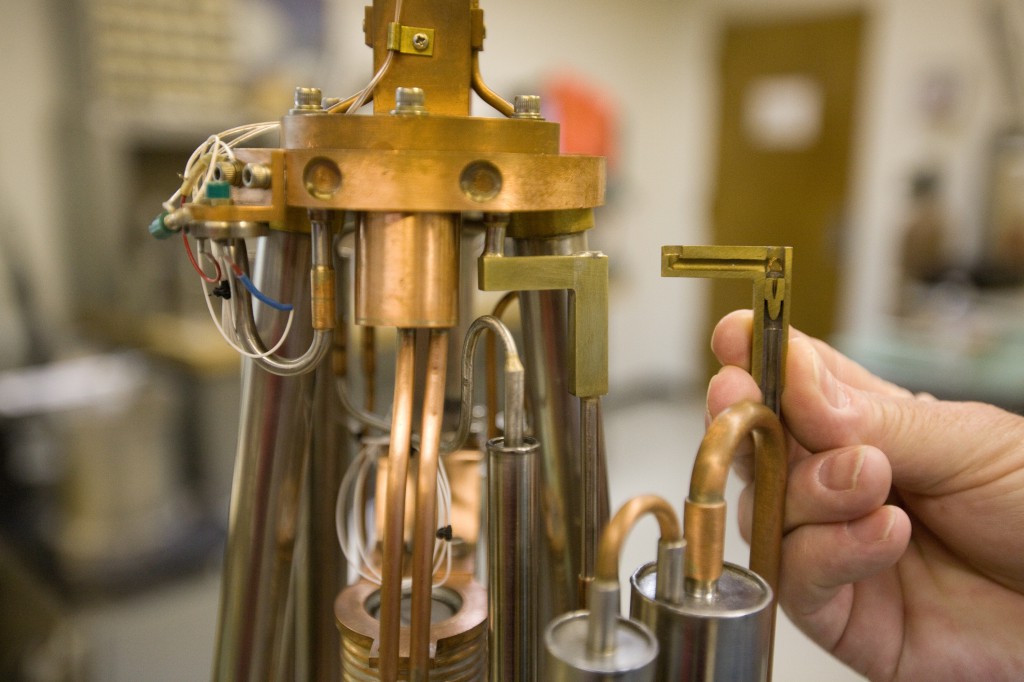 For the maser to work properly, it needs extremely low temperatures -- around 4 degrees Kelvin, or -452 degrees Fahrenheit. In order to maintain this level of cooling, compressed helium is pumped through this expansion valve, which expands the helium, lowering its energy level and thus cooling it. Read More http://www.wired.com/science/space/multimedia/2008/05/gallery_jpl_goldstone?slide=7&slideView=5#ixzz13Qccja7X 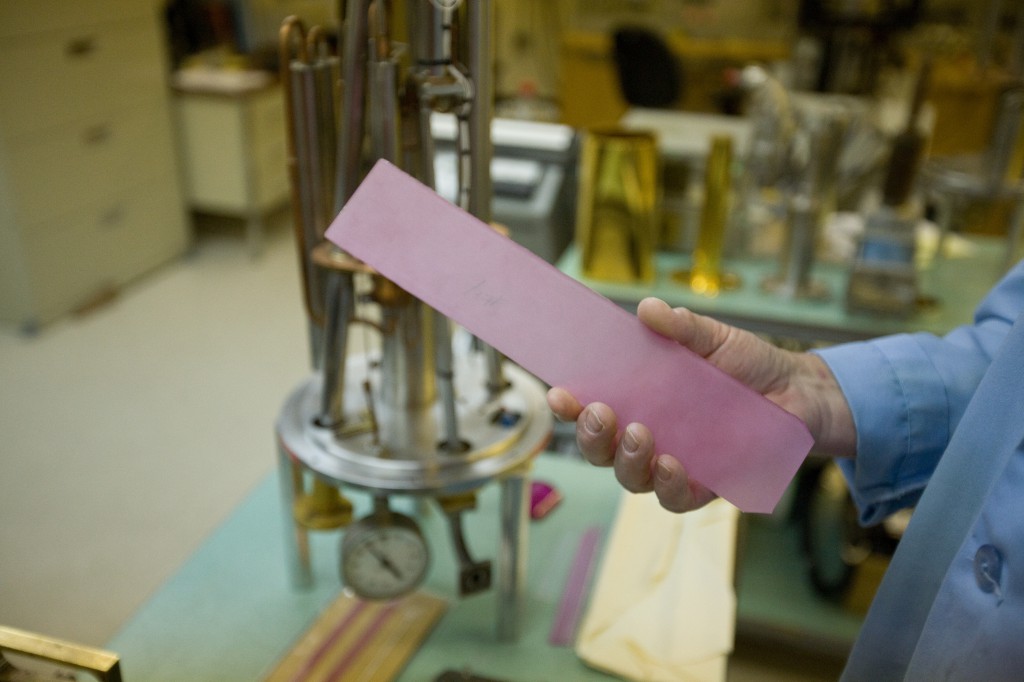 Synthetic Ruby for a MASER 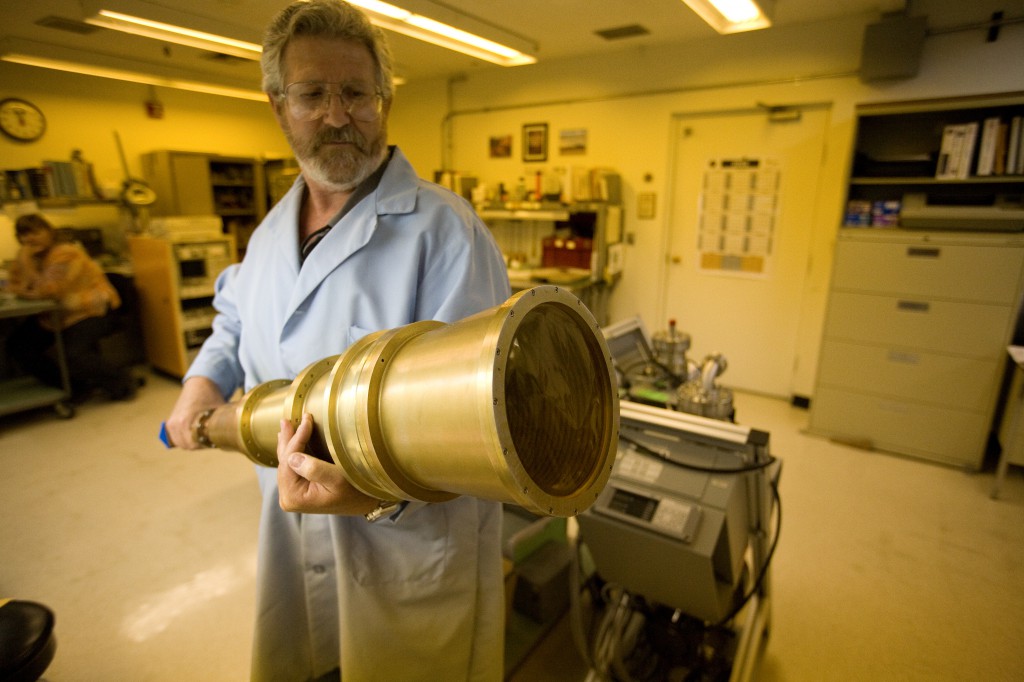 Larry Schrader, the chief technician for the DSN's maser lab, holds a feed horn, a hollow aluminum tube that is used to focus the extremely weak signals from the antenna into the maser for amplification. The horn is capped with capton (which is similar to mylar) and filled with pressurized nitrogen to keep the moisture out of the tube. 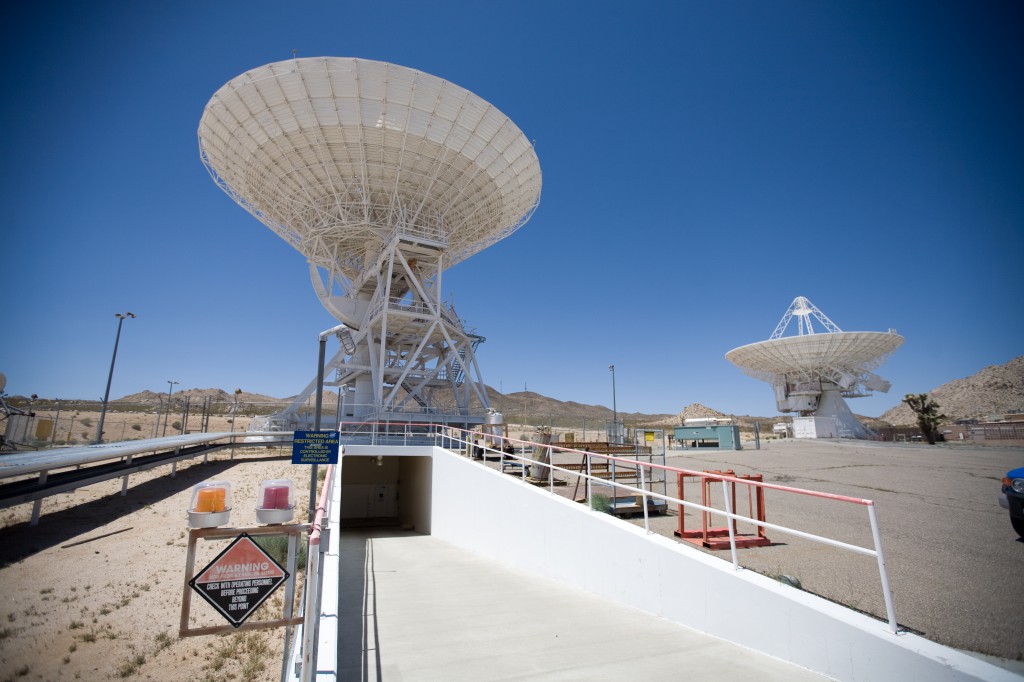 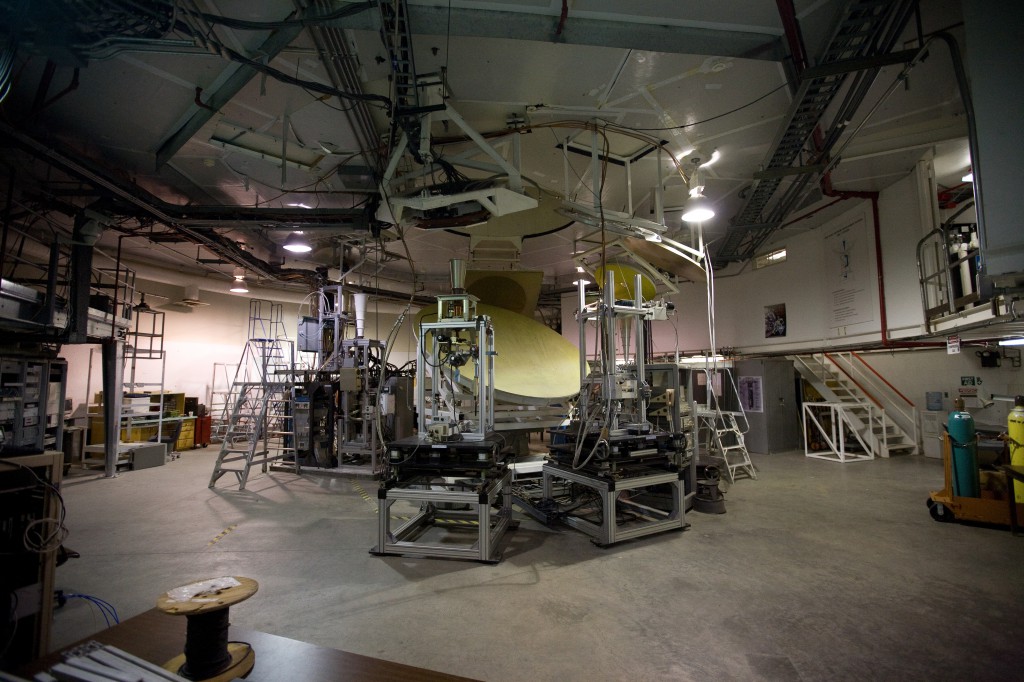 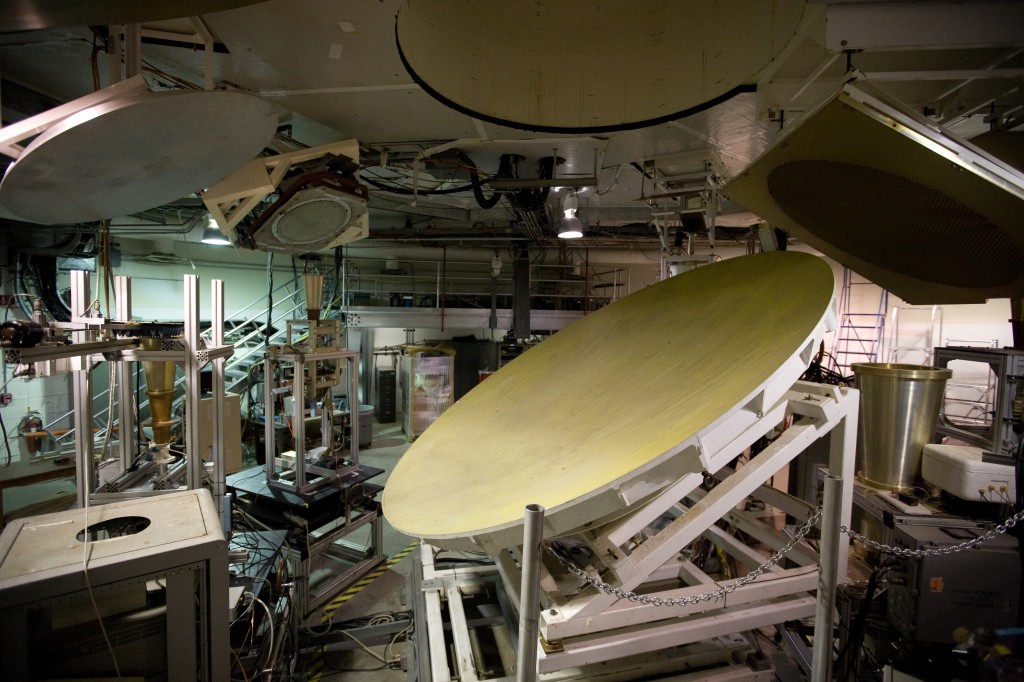 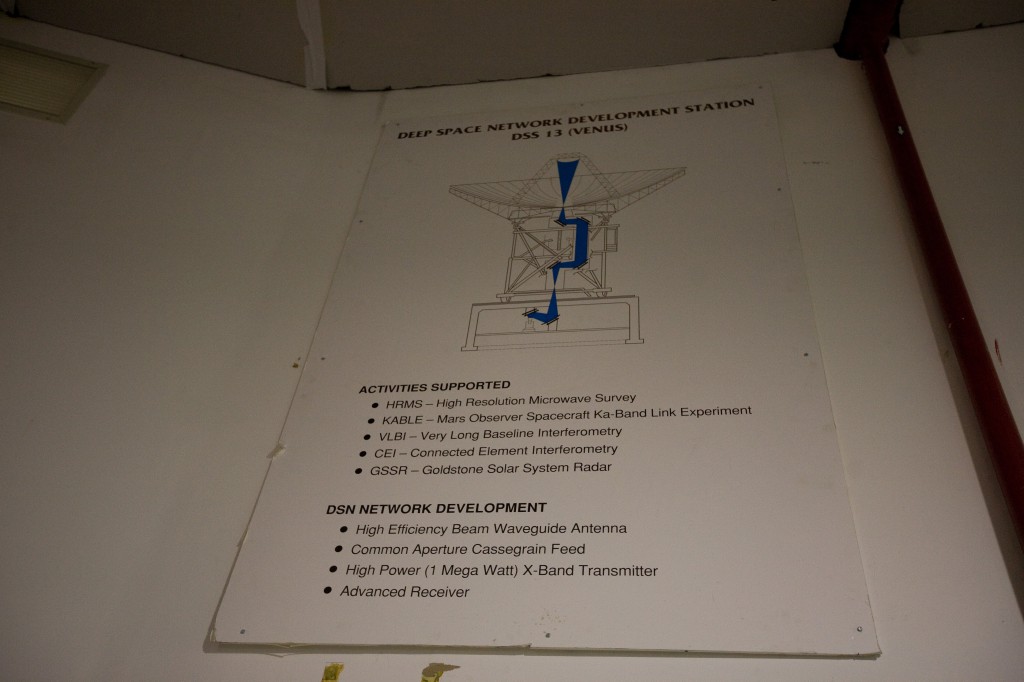 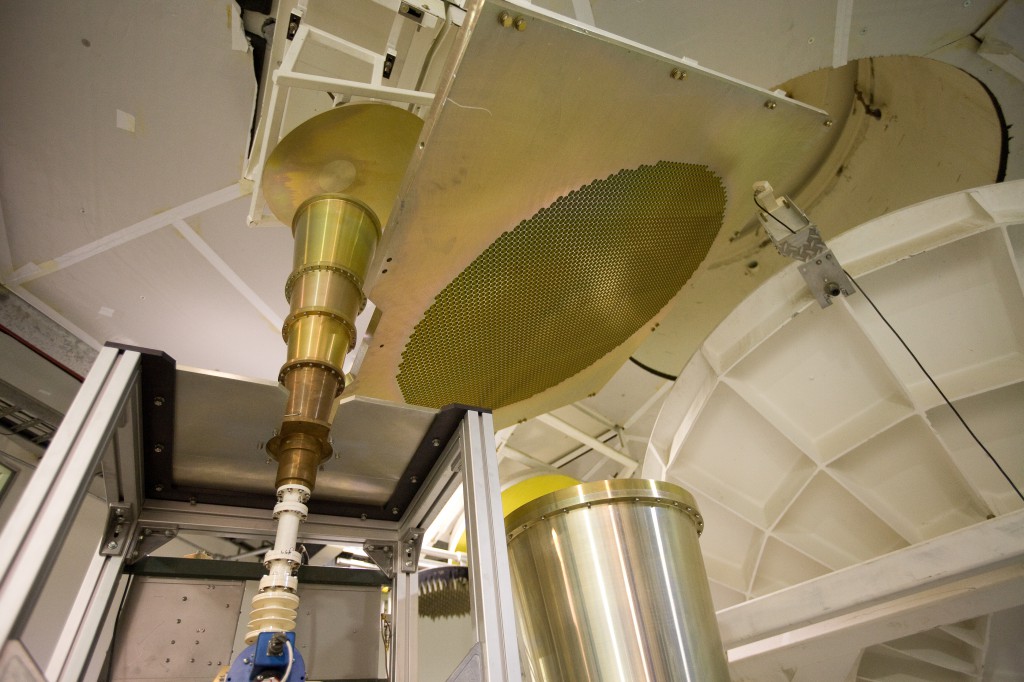 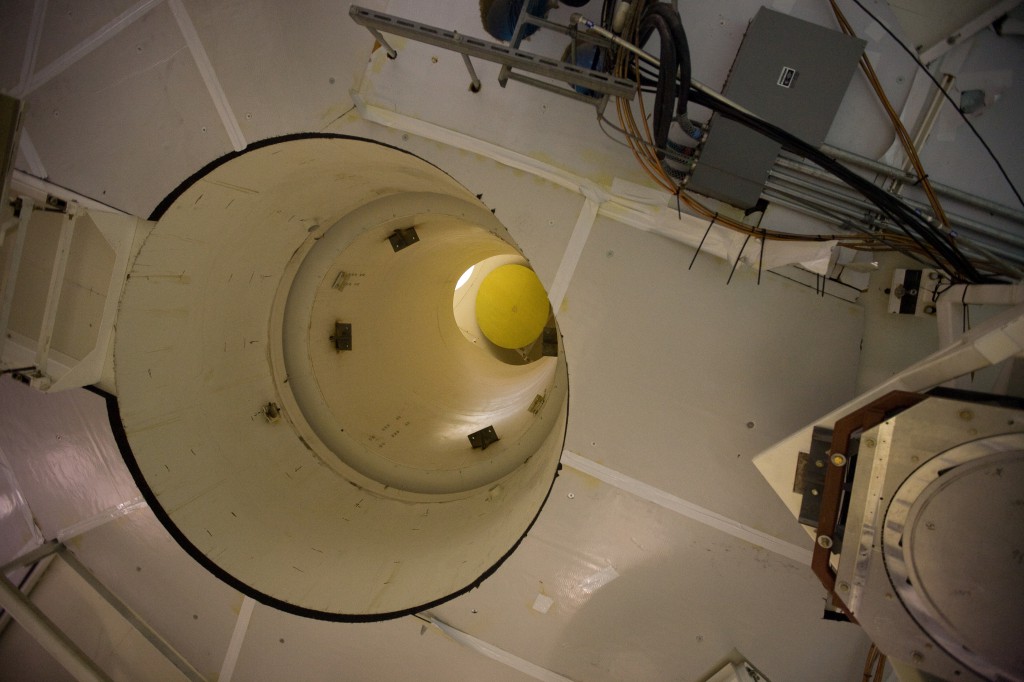 Looking up through the waveguide