ok time to head to San Bernardino for Search and Rescue ... was going to be training, now a mission on Mt. Baldy [7:50 pm]

annoyed that LADOT's website about the marathon detour keeps timing out.. just let me dl the pdf please, kthxbye [4:48 pm]

Now that I'm 30 I've decided it is time to lose some weight. Part of that will involve adjusting my diet to lower my caloric intake. Another part will involve exercise. I am making the exercise part fun by going for an hour walk every day around Downtown and shooting photos along the way. I plan on going a different way each day to avoid monotony, today I walked over to Little Tokyo to drop off a Demand Warrant for DLANC. Here are a few photos I shot along the way: 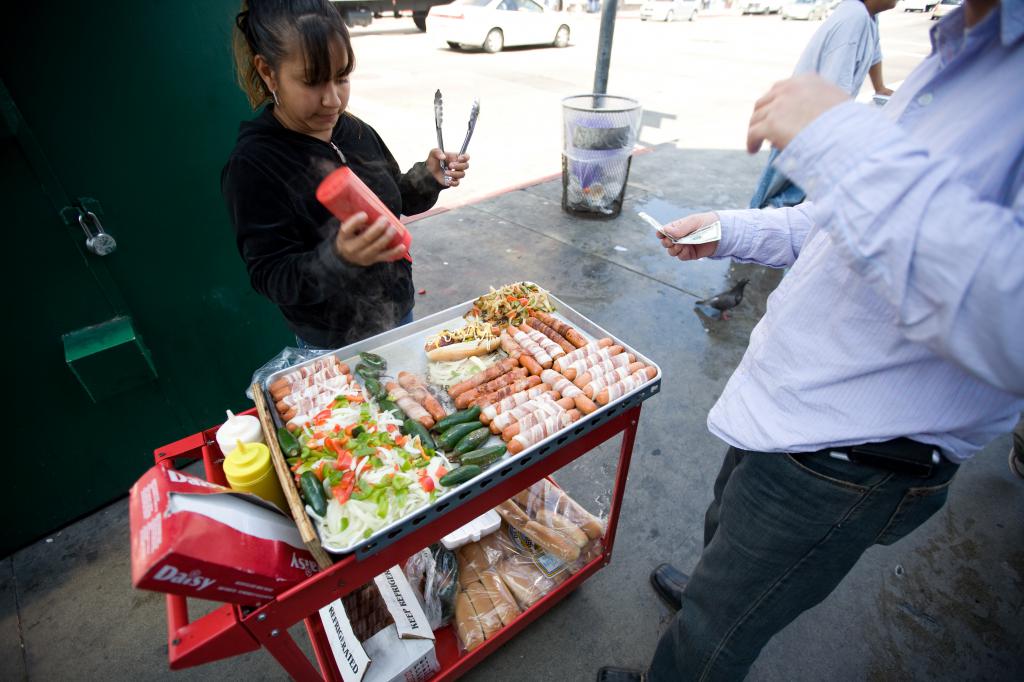 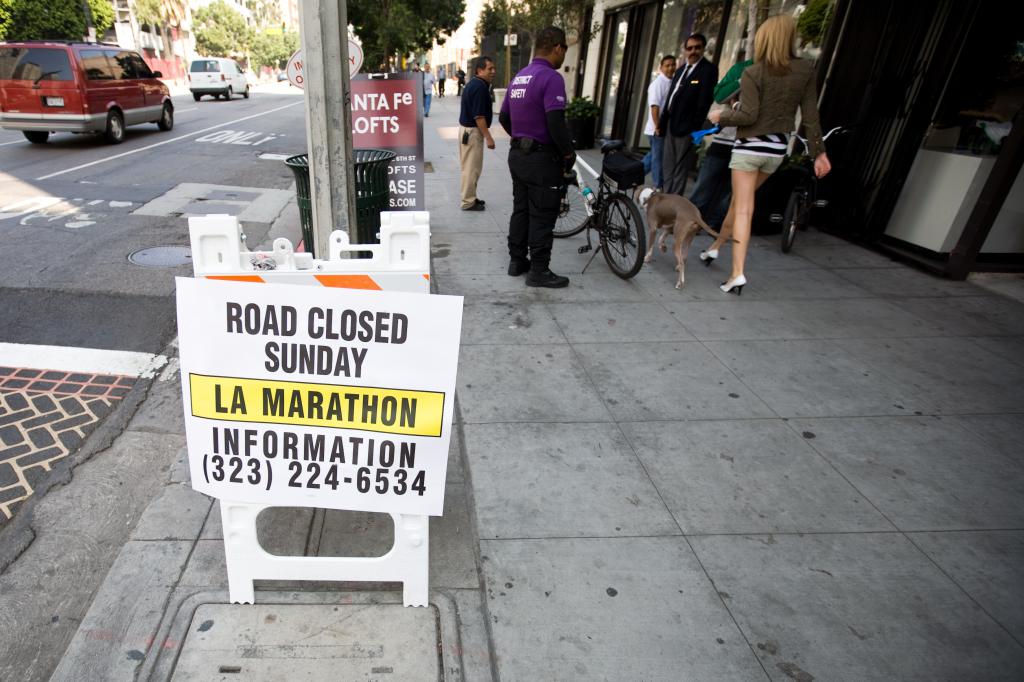 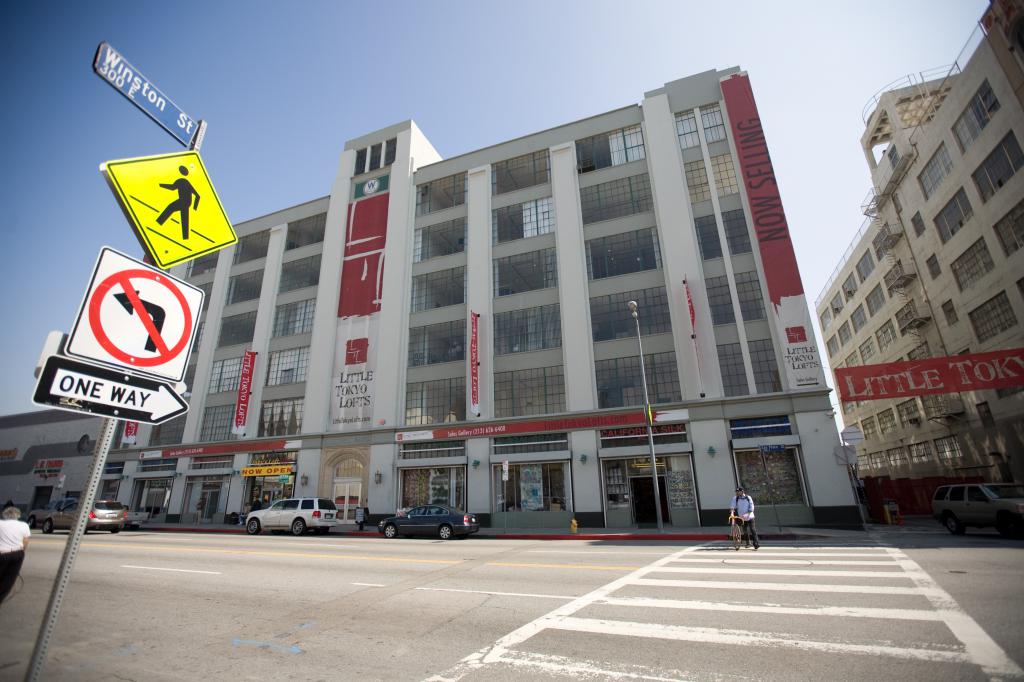 You can check out the rest of my Downtown Walkabout photos here.

Update I totally forgot to mention that these were shot with my brand new lens, the Canon EF 16-35mm f/2.8 L II. So far I'm really digging it. Also Jim Winstead pointed out the irony of my first choice of photo in a post about losing weight!

LoLCat of the Day

trying to file down a square peg so it fits in this darn round hole [5:22 pm]

waiting for my various social agregator sites to enter into an enless loop of cross posting and self destruct [5:06 pm]

stayed up late last night adding craploads of cool science RSS feeds to my reader... Nature has over 40. ok time to get ready for #lunch2.0 [11:24 am]

Tomorrow is my 30th birthday, but instead of sending me gifts or cards, please donate to Midnight Mission:

Update: Note that although the donation form appear to not be secure, the from is contained in an iframe and is on an SSL enabled server.

Last week at UCLA I was given a really interesting tour of Dr. Omar M. Yaghi's laboratory where he and his students have created some amazing nanotechnology that has nearly unlimited potential. The gallery just went live:

I hope you enjoy the photos as much as I enjoyed shooting them!

working from home in my bathrobe ala real genius minus the cool elevator closet [4:04 pm]

awesome, my first sale as an artist went through yesterday... thanks to the buyer and Niche LA for giving me my first show! [1:22 pm]

wamu won't cash cheques in British Sterling... doh... good think I belong to another bank that will [5:54 pm]

I made this video with roughly 500 shots from my Canon 5D. At some point I need to either buy or build an intervalometer. I have that generic Arduino kit that I need to put together and put to use. Sounds like another project in the making, just what I need.

It looks better bigger, and much better at full size [145MB Quicktime]

I don't think I had ever witnessed a complete lunar eclipse before. It was a cool experience. The weather in Downtown LA cleared up perfectly a few hours ago and it stayed clear until a cloud partially obscured the moon just after totality. Very beautiful: 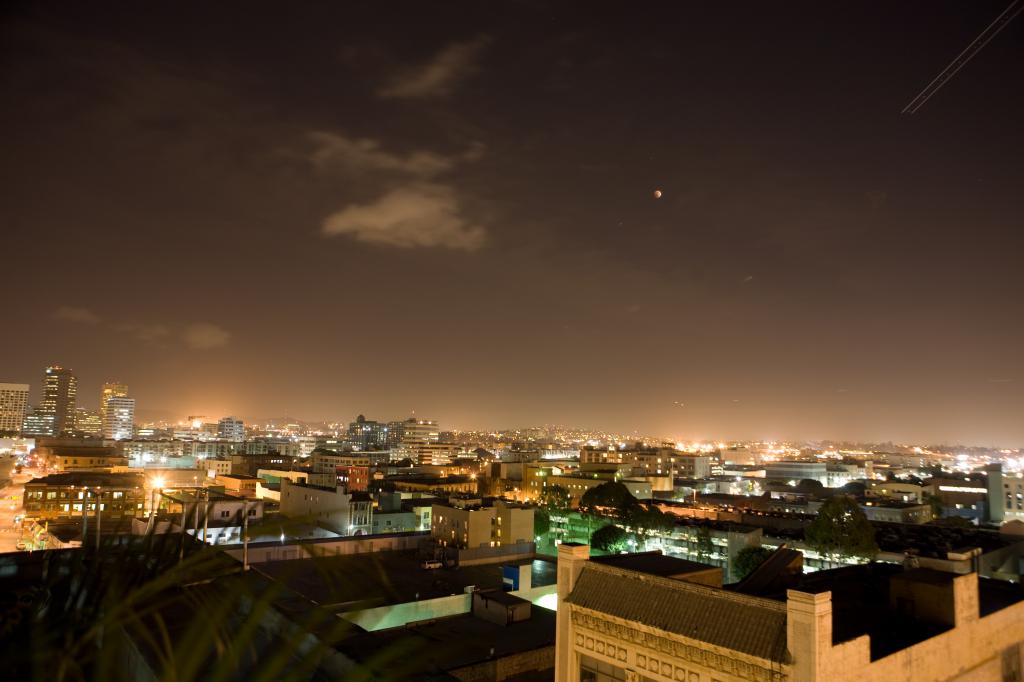 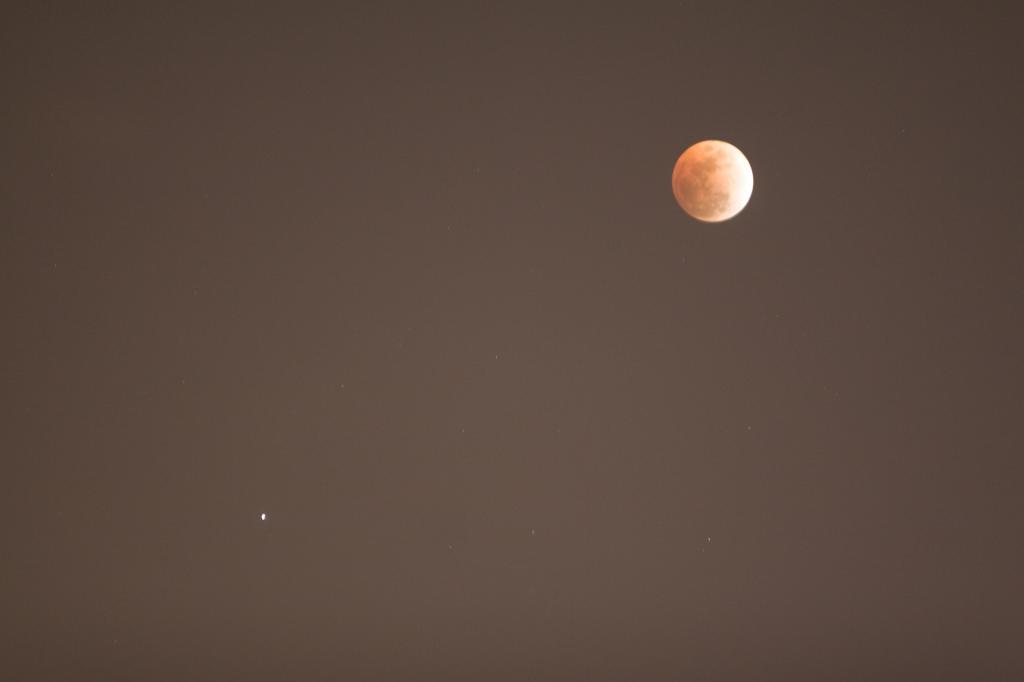 I'm also exporting a video right now form the 579 stills I shot. Stand by for that. =]

MIT professor on How to Talk

Earlier this year I was treated to a wonderful tour of the Stanford Linear Accelerator. As you know, I love shooting photos of geek / nerdy / techy subjects and SLAC did not disappoint. I've been working with my photo editor at WIRED News (http://wired.com) for weeks on this gallery and it just went live: 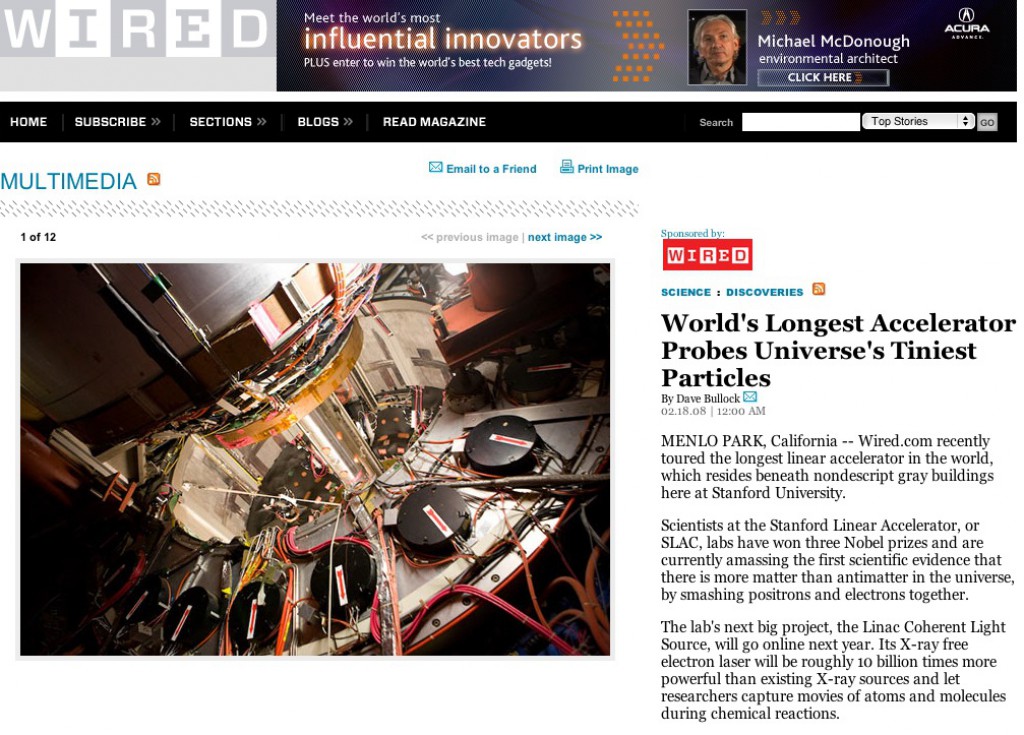 Update Looks like the gallery has been linked on slashdot.

LolCat of the Day

LolCat of the Day 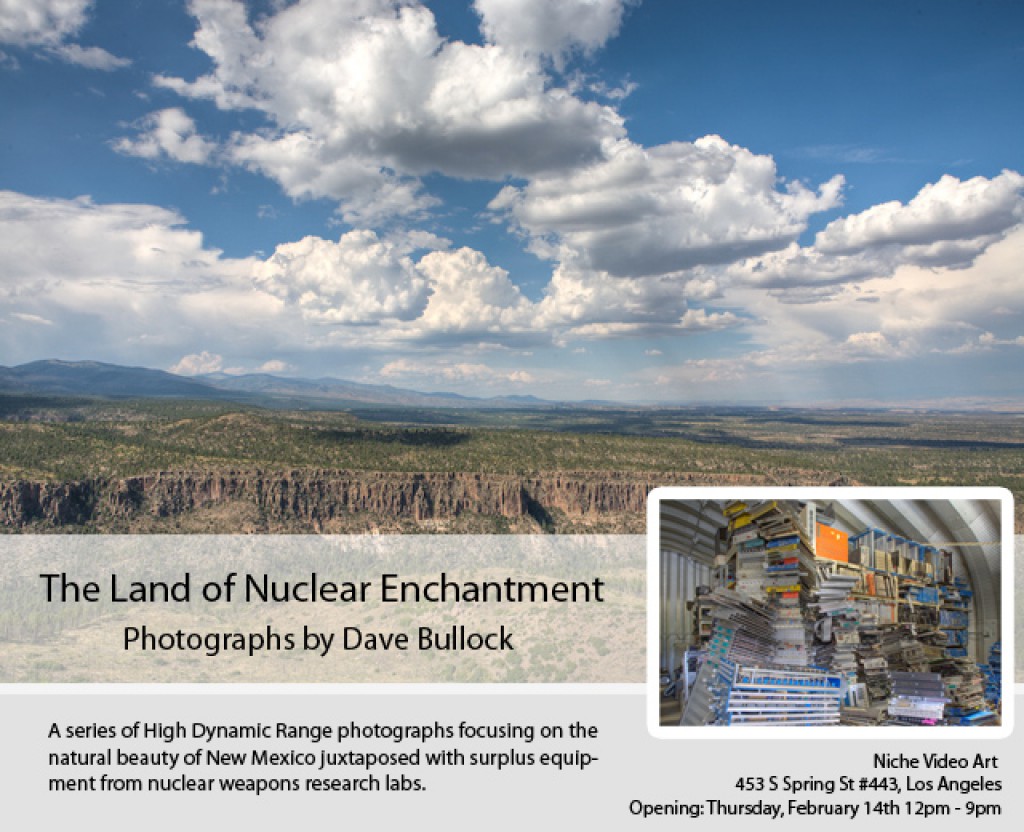 This summer I took a road trip to my old stomping ground in New Mexico. Along the way I toured some of my favorite places including Los Alamos and shot photos of some beautiful scenery as well as cool nuclear equipment. I have put together a show that includes a juxtaposition between the lovely natural wilderness and the cold technology that has been a key part of the nuclear weapons industry that is peppered throughout said wilderness.

All of the photos were creating using an HDR / Tone-Mapping process and have been printed with my Epson Stylus Pro 3800 on Ultrasmooth Fine Art Matte paper which has an estimated archival life of over 100 years.

The show will be taking place at the Niche Video Art gallery (although there will be no video involved) and the opening is on Thursday during the Downtown Art Walk between noon and 9pm. Please come down and take a look at the prints if you get a chance! Here is the address:

If you like crazy robots that automatically do all types of cool tests on individual cells you'll enjoy this gallery I shot for WIRED earlier this week: 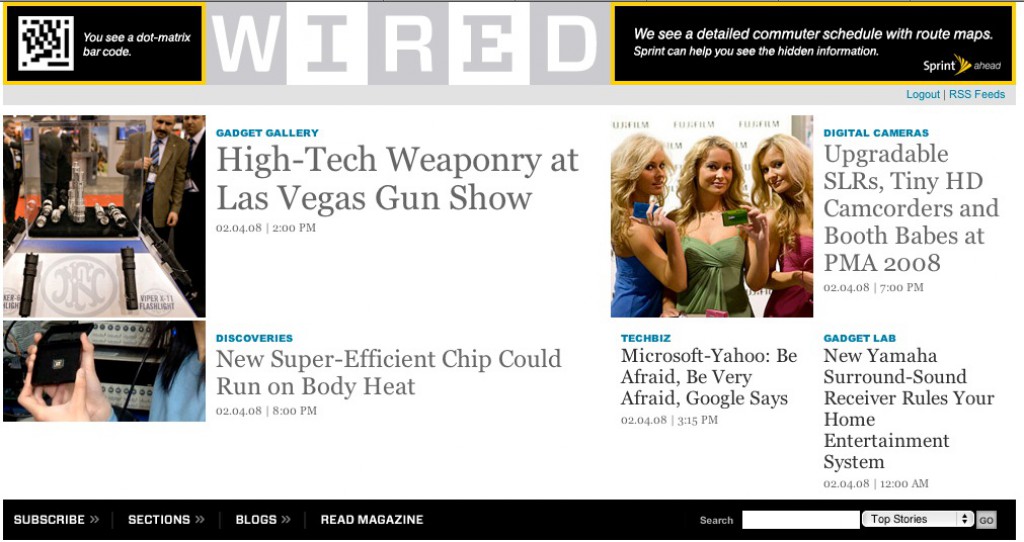 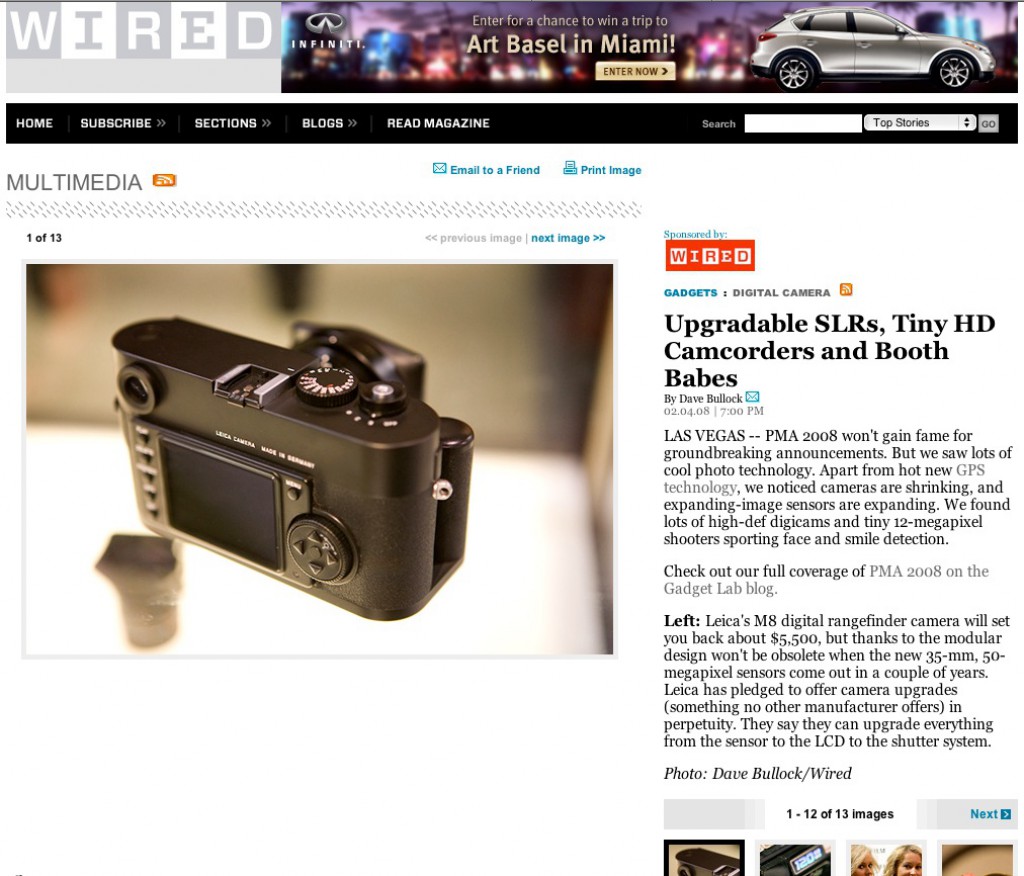 You can find my complete coverage here.

Social Networking Madness : I Can Has Updates?

Over the years I've been using various social networks here and there, but for the most part I've been posting my content directly to this site, eecue.com. I spent a few hours today going through all my profiles and updating my bio, tags, links and whatnot. Here is what I updated my bio to:

Dave Bullock / eecue is the offspring of a photographer and a programmer. He has been sifting through bits on the internet since he was young and along the way has taught himself programming, UNIX and photography. Dave is a frequent contributor to WIRED News and a member of the San Bernardino Sheriff's Search and Rescue Team. When he's not shooting photos of geeky stuff around Los Angeles, you can usually find him crawling through a cave, out in the desert or rescuing a wayward hiker.

And here is my one liner:

Here is the daunting list of social networking sites I have profiles on, along with a short description of what it is all about. [If you want to join a site that is invite only, let me know and I'll make with an invite]:

Here are some selects that I shot for WIRED at PMA: 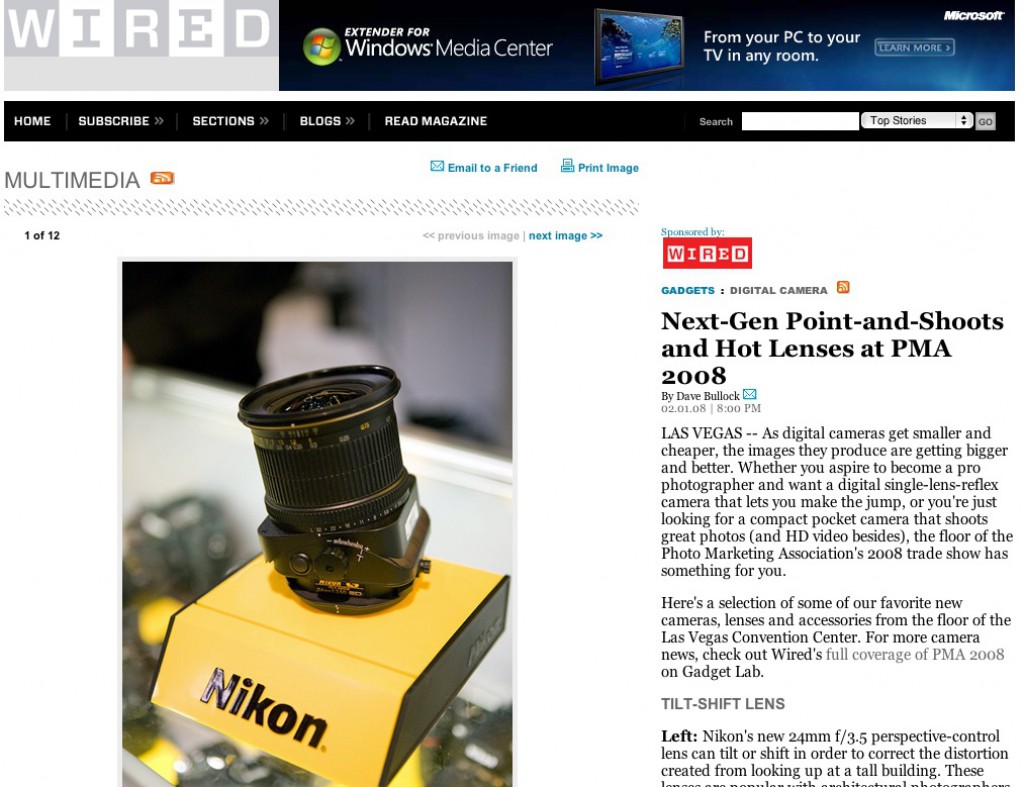 Two weeks ago I drove down to San Diego and took some photos of SPAWAR's robotic research department. Check em out: