I have ridden my bike and driven past Downtown Diversion [warning auto-play movie with sound] many times in the years that I have lived in Downtown Los Angeles, and after reading this article in the Downtown News, I knew I had to get a tour. I emailed the president, Mike Hammer and asked if and when I could come down and shoot some photos. He told me that they were about to celebrate their 3 year anniversary of incorporation and I could come down to that, take some photos and have a free lunch, all of which I did today. Thomas Blank, the Division Manager, was kind enough to give me a tour and answer some questions about the facility and their operation.

Downtown Diversion recycles construction and demolition (C&D) debris. Although the cost per ton of recycling this material is more expensive for contractors than taking it to the dump, the location in Downtown and doing the "right thing" brings roughly a million pounds of waste through their facility daily. Miraculously they are able to reclaim and sell 75% of this material for uses such as mulch, fuel, road base, and fertilizer.

The crux of their operation is a massive industrial waste sorting machine, known as a star screen, manufactured by Lubo. This giant, debris hungry beast devours freshly demolished building materiel on one end and excretes various useful grades of material out the other. Standing atop the scaffolding next to the waste sorting personnel and breathing through a dust mask, I was simultaneously thankful for my relatively boring desk job and their commitment to a hard job in a hazardous, and very loud, environment. 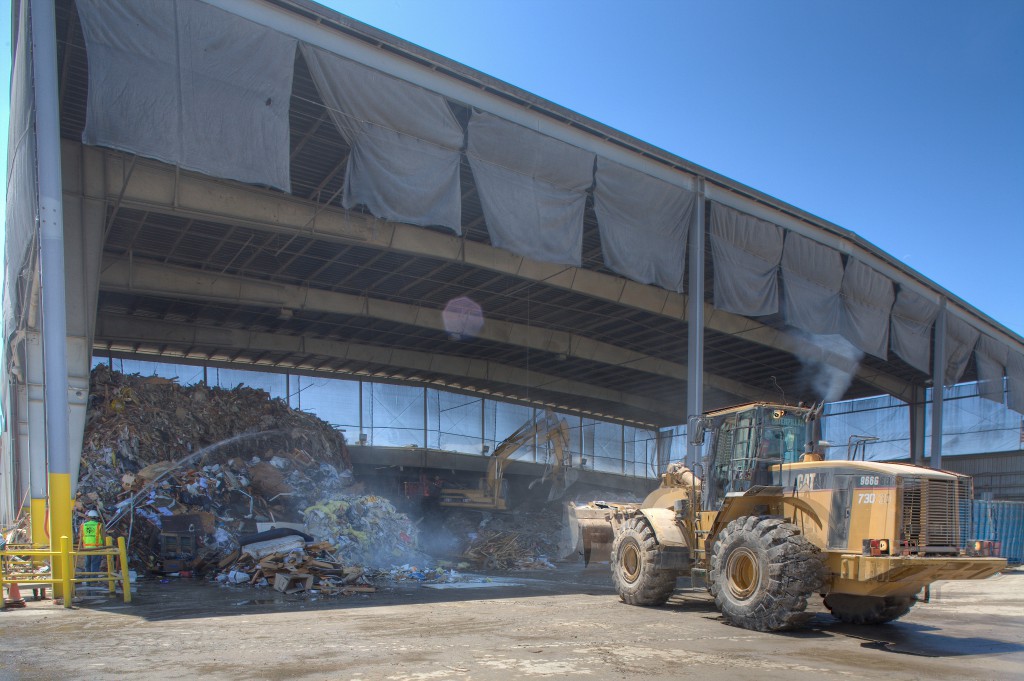 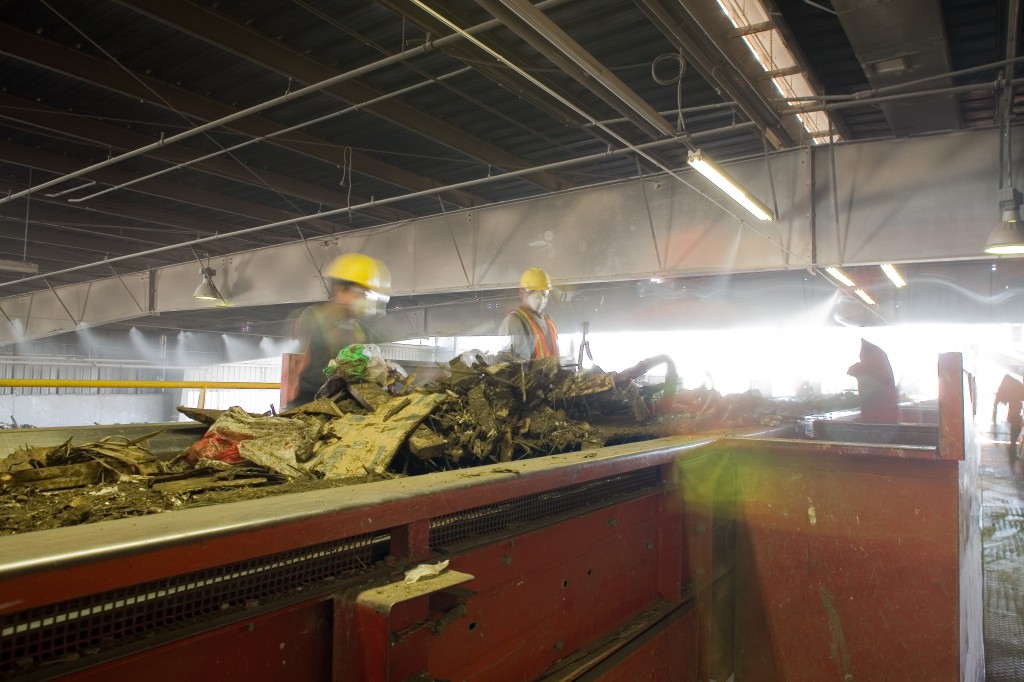 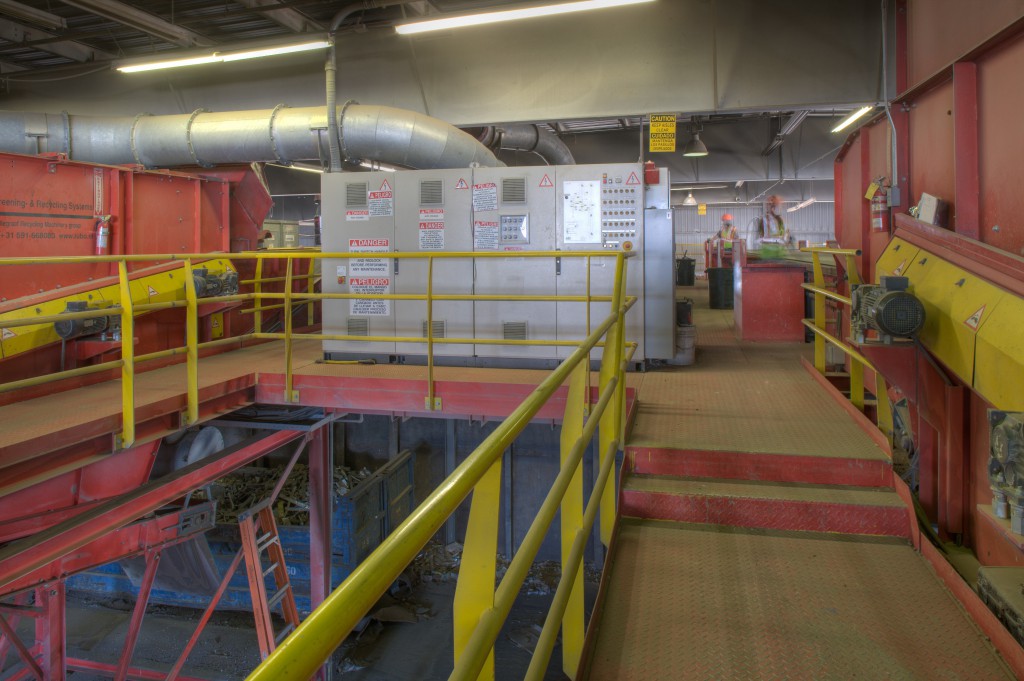 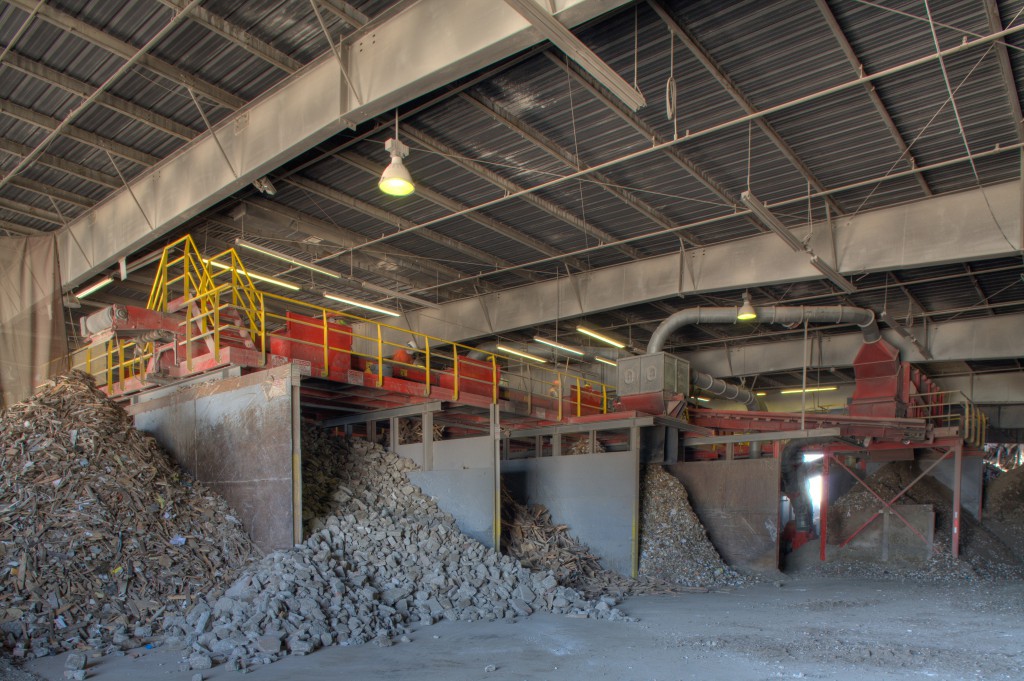