Today's protest was smaller compared to last years May Day protest. I would say roughly 10,000 people gathered beside City Hall at the end of the day. There were three groups, and photographed each of them, the first while it was gathering at Olympic and Broadway, the second from their rally point in MacArthur park to the intersection of 5th and Broadway where I met up with the Legalize LA group, which seemed to be the largest of the three.

Here are some of the photos from today: 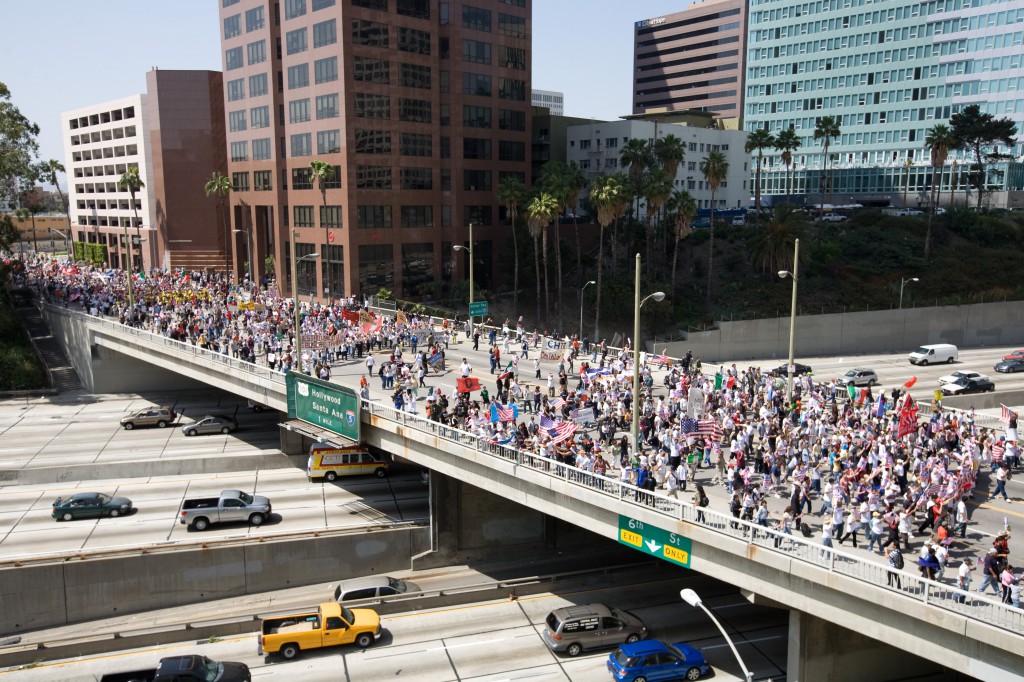 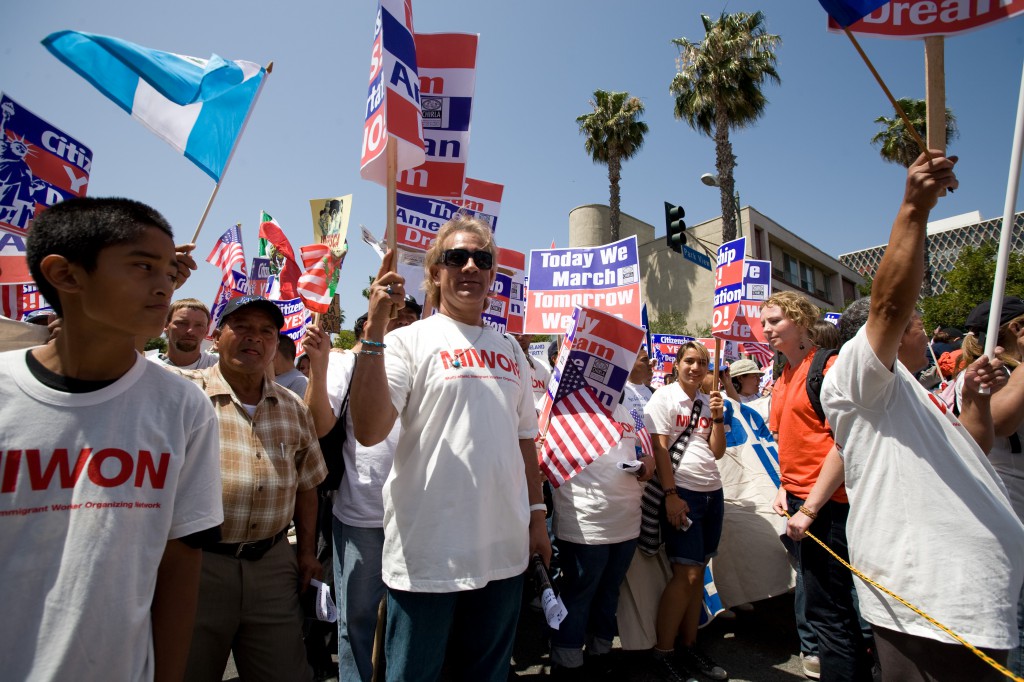 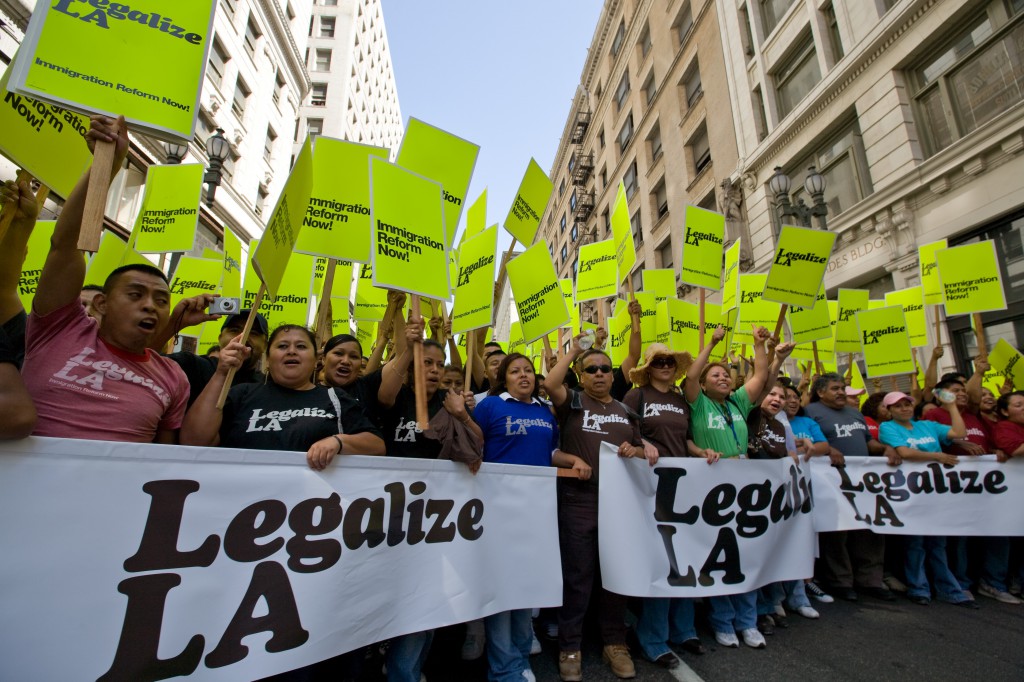 CBS vs. LAPD on Immigration Rally

So I saw an email this morning on our mailing list about CBS reporting that a request for an immigration rights rally being denied by the LAPD. The next email I saw was an email from LAPD's E-Policing system in which they are telling me that there will be a large rally on February 24th:

I am going to go ahead and take LAPD's word on this one and will be there with my camera to capture the event for posterity.

Update LAT has some coverage [bugmenot] on this as well, and it is possible that the LAPD email blast went out before they realized there was a problem.

Update 2 So I called the LAPD and they told me that the permit has been denied for the 24th, but then I called the event's contact and they told me the event will still be taking place on the 24th, they flyers are printed and that's what the date says. Discussing this with Eric Richardson he said, "basically it's a test of whether police departments have any right to grant permits for this sort of thing." This should be very interesting.