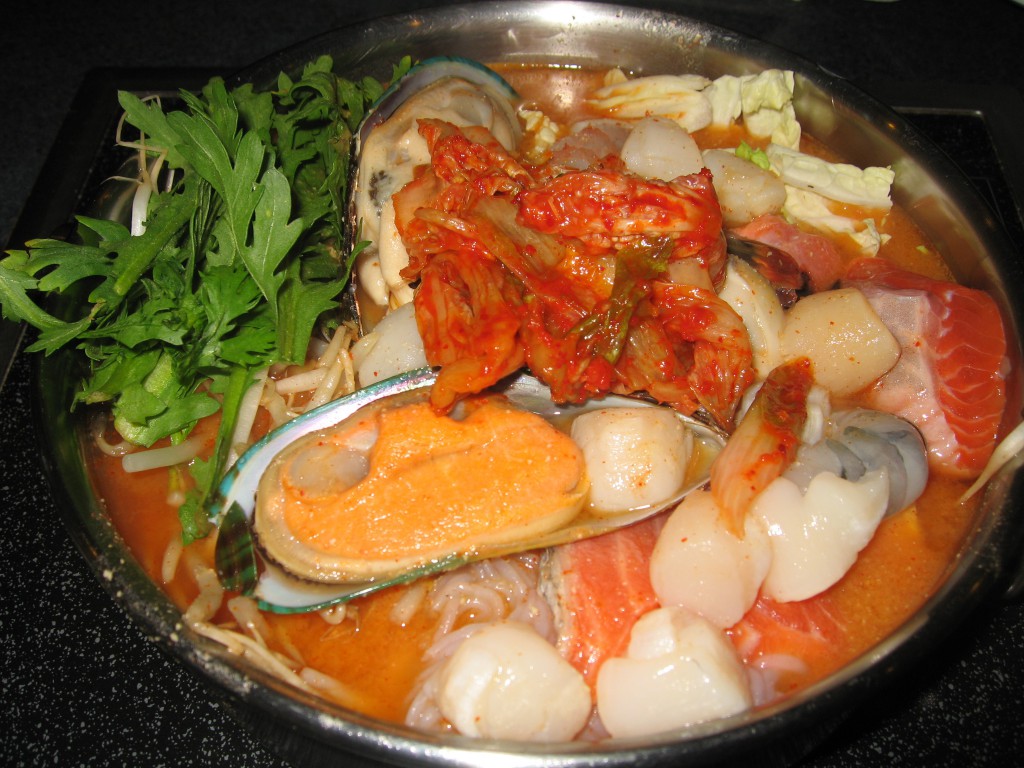 I was in the West Side on Tuesday for a meeting and afterwards I stopped to grab a bite to eat at Shabu Hachi on Olympic. I have had plenty of Shabu Shabu in my life so I opted to try a Japanese dish I hadn't ever had before, Nabe. Nabe is an assortment of meat and veggies in a hot pot of water. There are several varieties of broth available, miso, soy and chanko which is a spicy bean paste, similar to what is often served with Korean BBQ. I opted for the seafood chanko nabe and along with an order of beef wrapped enoki mushrooms.

Read the rest on Blogging.la